3 Kazuya Taguchi Is on a Quest to Win Formula Drift, Drives a Scion FR-S With a GT-R Engine

4 Drifting in the USA: Papadakis Racing Owner Reveals What It Takes To Make It to the Top

5 Formula Drift Competition Director Speaks About the Growth of the Sport and the Rules
Car video reviews:
Up Next

From One Horse to Over 600, Kelsey Rowlings Talks About Her Drifting Adventures

The 2022 Formula Drift season will be coming to an end on October 15 in Irwindale, California. We will then know for sure who will be crowned Champion of the Pro series. But we will know the outcome of Prospec even sooner. The new venue in Grantsville, Utah will reveal the 2022 winner. And it's going down between September 15 and 17.
30 photos

Rookie driver Robert Thorne is in the lead, but both Dmitriy Brustkiy and Evan Bogovich are right behind him. A total of 35 drivers have signed up to compete in Prospec throughout the season, with a total of seven rookie drivers all in all. Develop a passion for learning. If you do, you will never cease to grow
In a sport that has been dominated by men, there are also two women fighting for a spot on the podium. We've recently interviewed Amanda Sorensen, and we were impressed with her motorsports experience and ambition to climb up the ranks.

While Amanda is currently 21st in the overall rankings, she's tied for points with Kelsey Rowlings. So we wanted to have a chat with the 33-year-old former horseback rider from Florida as well.

We first noticed Kelsey when she made her Formula Drift debut back in 2015, a year when she still drove her PROAM Nissan S14- the lowest horsepower car in the entire series. As you'll see with many pro drifters these days, Kelsey has taken it upon herself to handle all social media and marketing duties for her driving career.

With little spare time at hand, she still found the resources to get involved as a co-host in an upcoming TV Show entitled Road Unknown. Work on the travel adventure show started a few years ago, but then the global pandemics hit and slowed things down quite a lot. Don't be afraid of growing slowly, be afraid of standing still
Kelsey explained the concept of the show to us, and we do hope it will air someday soon even though it's not automotive-focused. We were curious to learn how her journey with cars started, and we found out that she was in high school when it all kicked off.

She discovered drifting when she was 17 years old, at a time when Formula Drift was still in its early days. "I decided that I would get a Nissan 240SX for my first car. I bought it in 2008, it was a 1994 240SX and that is the car I started learning drifting in.

It was completely stock, it had an open diff, but at least it had a five-speed manual gearbox." At the time, she didn't know anything about motorsports, as the topic had never felt appealing to hear.

"I told my parents that I wanted to learn how to drift and they said: Absolutely not! Even though they said no I started going out to the track anyway. They eventually found out about it. Be stubborn about your goals and flexible about your methods
When my dad saw how stubborn I was about the whole thing, he decided to hop onboard and help me out." It didn't take long for Kelsey to sign up for the PROAM series. With her dad now supporting her as an official crew chief and mechanic, she could focus on driving and evolving to the next level.

While the quality of her Youtube videos wasn't as good 10 years ago as it is today, you can still see glimpses of her drifting journey. And that goes to show that every big dream starts with the first step.

She earned her Formula Drift Pro2 (now Prospec) license back in 2014, and she started getting better and better at it each year. "I am what you'd call the Super Senior of the Prospec at this point, as I have been competing here for eight years now. I think I've been here for longer than any other driver has."

Of course, Kelsey doesn't plan on spending her entire drifting career in Prospec. But making the move to the Pro class will require her to find a major sponsor to support her ambitions. Competition is the best form of motivation
"Anyone looking to drive in Prospec should consider a budget of about $10,000 per round. And that won't include the cost of building the car or any unforeseen circumstances that may arise. The tires alone will set you back about $3,000 per round. If you're thinking about the Pro series, the costs will probably be at least double the amount I mentioned before."

Kelsey Rowlings has been driving the same car since 2016 when she made the switch from the PROAM setup. Naturally, her Nissan has evolved quite a bit over the years. But some of you might be shocked to hear that it has had the same engine ever since!

We're talking about a Ford-sourced, 5.0-liter Aluminator engine with a supercharger on top. This S14 happens to be the only non-Ford vehicle in the championship to be using an engine coming from the Big Oval.

The classic drifting drivetrain recipe also applies here, with a G-Force dog box, Driveshaftshop axles, and a Winters quick change diff. Even though her S14 has been recently dynoed at about 600 hp, it can probably still feel underpowered at times. Your best teacher is your last mistake
If she does manage to make the step to Pro, she will have to rethink the whole setup or build another car entirely. We asked Kelsey about her best season in Formula Drift so far, and it seems that she had a really good time in 2019.

"I placed ninth in the series back then. I had previously placed 12th as well. Recently we've been having some bad luck, this year has been rough for us. It took us a long time to diagnose the issues with our Ford V8 engine.

We think we managed to overcome them, so I will be doing my best in Utah." Hanging out around pro drifters, we've noticed that the sport often delivers valuable lessons to people. And so we asked Kelsey about how she's grown as a person by being part of the phenomenon.

"I would say that it has taught me that no matter what you think you might deserve, you never know what's going to get thrown at you. Whether it's a blown engine or something that's out of your control, something can always happen outside of your control. Never give up, for that is just the place and time that the tide will turn
And the only thing you can do in those situations is to control how you react to the things that are out of control. I had a rough time in Jersey, and I think this is the perfect example. The car started overheating, we changed the water pump, but it was still acting up.

I had to call for a five-minute time-out in the middle of a battle to try and cool it down and then we realized it was a head gasket issue. We got knocked out because the car was not driftable.

All in all, it is clear to us that Kelsey is the kind of person that always pushes forward, regardless of how difficult the task ahead is. We will be looking closely at her drifting career to see how she evolves, and you can also do the same by following her social media channels. 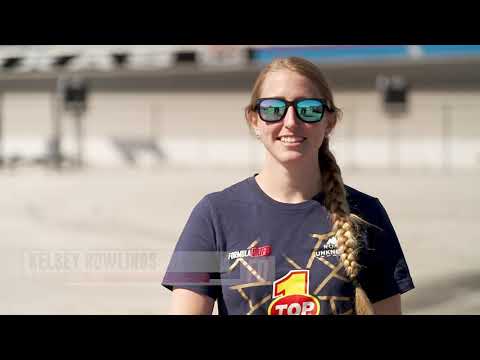 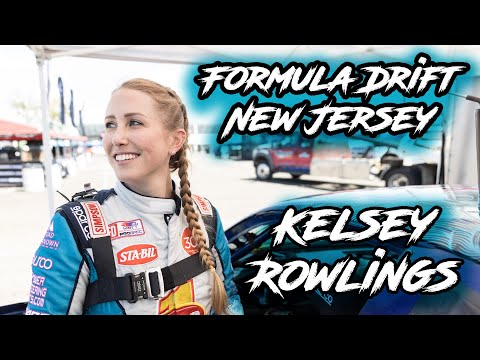 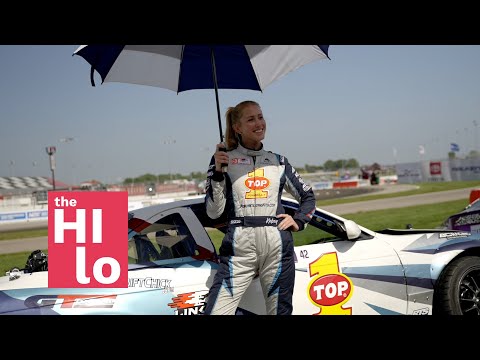 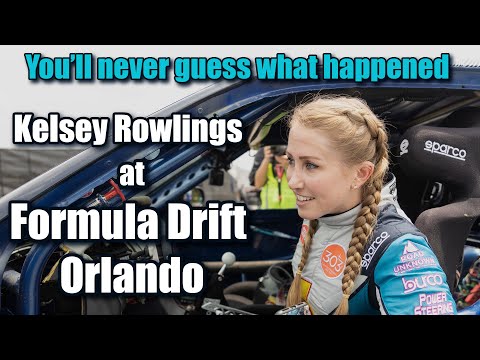