1 Ferrari Roma Virtually Grows Into a Stylish Sedan, Should Porsche Be Scared?

5 Lincoln Zephyr Estate Is the Americana Station Wagon That Cannot Be Had in U.S.
Car video reviews:
Coverstory

Many novelties are coming from Jeep soon – and we are not only talking about the PHEV and full EV goodies. Instead, traditional nameplates are also due for a welcomed new generation.
26 photos

Stellantis has set the iconic Jeep brand on the path of EV revolution redemption, though until everything is battery-powered and sustainable, they are not leaving any ICE stones unturned, either. As such, the automaker is still retooling its plants for new internal combustion engine production while fans are impatiently waiting for legendary models such as the Cherokee to get fresh new iterations.

Speaking of the iconic Cherokee, which already has five generations under its belt since production started back in 1974, the KL iteration is certainly growing a bit long in the tooth – as faltering year-over-year sales clearly show. Perhaps people have grown tired of the generation’s rather quirky design, so it is no surprise that Jeep’s executives are hinting the upcoming iteration will be “bigger & better than ever,” as well as electrified, and potentially infused with a signature Wagoneer version.

Until the official dust clears and we have the sixth iteration detailed via OEM channels, we can always rely on the good folks over at the AutoYa info channel on YouTube, who have decided to CGI-imagine the complete looks of the unreleased Jeep Cherokee (KM designation). With no teasers or spy shots just yet, this is entirely wishful thinking, so do take all the cool POVs with a healthy dose of salt, no matter if you see the front, the rear, or the interior.

With that being said, the channel’s pixel master is as digitally thorough as ever, focusing on traditional front and rear three-quarter angles, the potential cockpit changes, and then also unleashing a barrage of unofficial color options. As for the imagined Jeep Cherokee, it sure does not look half bad at all. So, does it get our CGI hall pass, or not? 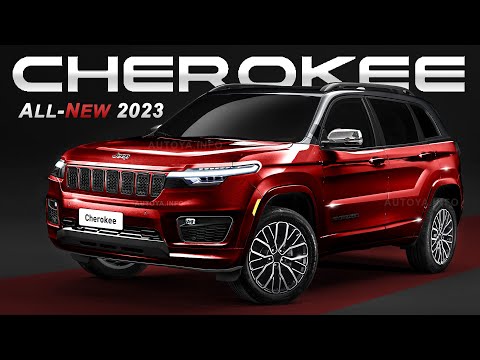