5 Dodge Charger SRT Hellcat Demon Is the ICE Muscle Coupe We Want, but Will Never Get
Coverstory

These two limited series are paying homage to Maria Teresa De Filippis, the first woman to ever qualify for a Formula 1 Grand Prix. But it seems that other people are stuck in a more recent, slightly digital past. Take the virtual artist better known as Theottle on social media, for example.

After he dabbled with a little Honda BR-V pickup truck that would make a fine rival for Hyundai’s Santa Cruz and Ford’s Maverick unibody compacts, he also demoted the XM to X2 duties, made the M2 a little darker, and played with the Toyota Crown to make it a CGI pickup truck. But now he also circled back to Maserati’s latest major release, the ICE and EV GranTurismo.

This is because after a CGI Shooting Brake he still could not let the Italian grand tourer alone and in digital peace. No, instead he also had to cook up something that would seriously trample on BMW’s 8 Series Gran Coupe four-door coupe-sedan territory. So, in his latest behind-the-scenes making-of video (embedded below), he stole the 8-Series GC template and worked out a four-door GranTurismo.

Interestingly, the pixel master now has a conundrum. “What do you call a four-door Maserati GranTurismo? GranCoupe? BMW will not be happy. GranTurismo Quattroporte? Quattroporte means four doors, anyway. How about GranQuattroporte? CoupeQuattroporte?” So many options, and so little time to choose. Also, here’s our entry into the raffle: ‘QuattroCoupe.’ So, which one is better?

While we ruminate on that, let us remember that a real-world Maserati GranTurismo can be had in exactly three flavors. Two of them are of the ICE V6 variety, the GranTurismo Modena with 490 horsepower and the high-performance Trofeo version, packing 550 hp. As for the full EV flagship dubbed GranTurismo Folgore, this one is already on a different supercar level, as it churns out 760 ponies! 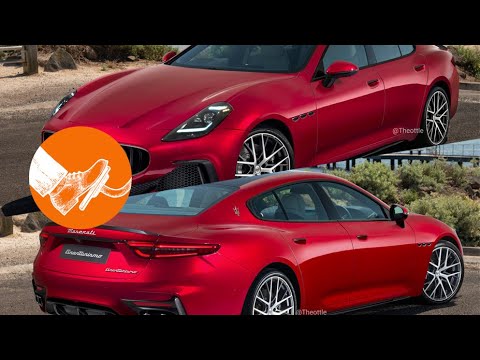