Turn 10 Studios has announced a brand new car pack for the Forza Motorsport 4 game. It’s called the April Alpinestars Car Pack, and it’s coming on Tuesday, April 3rd, bringing with the fastest Jaguar right now, a racing Aston Martin Le Mans prototype and the usual blast from the past.

The pack includes the 2011 Mercedes Benz #35 Black Falcon SLS, a race car infused with carbon fiber, the 2012 Jaguar XKR-S, which is the fastest Jag right now and the BMW M5... from four generations ago, a Volvo van and even 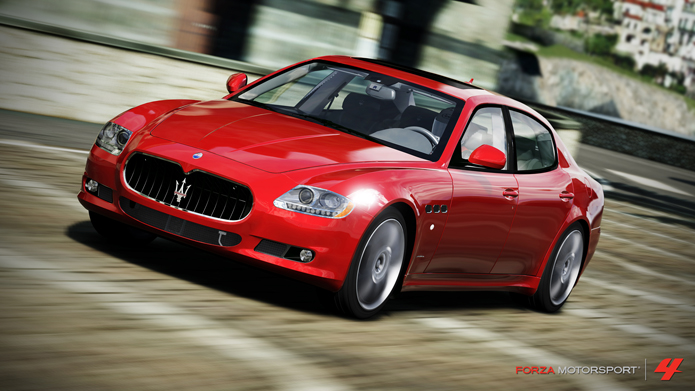 Also added by the April pack is the 2011 Maserati Quattroporte Sport GS, the fastest version of the car, which is now powered by a Ferrari-tuned 4.7-liter V8 with 440 horsepower. But our firm favorite has to be the 1972 Mercedes Benz 300 SEL 6.3-liter, a luxury car which has all the right looks of a classic Merc’ and could do 137 mph four decades ago.

Here's the full list, and you can get full car descriptions through this link: