Pioneering Vertiport in Canada to Be Built at a Former U.S. Air Force Base

Home > News > Videogames
13 Jun 2022, 03:55 UTC ·
by Cosmin Vasile
As expected, Microsoft has taken the wraps off the first Forza Horizon 5 expansion. Unsurprisingly named Hot Wheels, the newly unveiled expansion will be dropping on July 19, and it will be available on Xbox consoles, PC on Windows and Steam, as well as Cloud Gaming.
7 photos

Forza Horizon 5: Hot Wheels will be available as part of the Premium Add-ons Bundle, Premium Edition, and Expansions Bundle, but players will also be able to purchase it individually for just $20 / €20. Featuring the fastest, most extreme tracks ever in a Horizon game, the Horizon Hot Wheels Park, the new track available in the expansion, has more than 200 km (124 miles) of twisting, looping orange track.

Also, the expansion adds four new biomes to the game, including the rugged Giant’s Canyon, the Ice Cauldron, the Forest Falls, and the Horizon Nexus. Players will start the expansion by enlisting into the Hot Wheels Academy, where they will begin their racing adventure in a B Class 2013 Hot Wheels Baja Bone Shaker.

Obviously, the most important part of the expansion is the new cars. According to developers, there are 10 new cars available in Forza Horizon 5: Hot Wheels, all of which are new to the game:


To start the Hot Wheels expansion, Forza Horizon 5 players must finish the main game’s Initial Experience, which will probably take no longer than 30 minutes or 1 hour of gameplay. Once that’s done, the Horizon Hot Wheels Park will be unlocked for all expansion owners.

More importantly, for the first time in a Forza game, players will be able to join their friends and play the entire expansion from the beginning in co-op. Additionally, Playground Games announced the free Fast Travel will be immediately unlocked for all players at the Horizon Hot Wheels Park.

Last but not least, if you’re feeling creative, you’ll be happy to know the Hot Wheels features over 80 new track and stunt pieces that smoothly snap together thanks to new improvements to the EventLab toolset. Also, new props have been included within the Hot Wheels Creation Kit that can be attached to each other with a push of a button when using the Blueprint Builder. 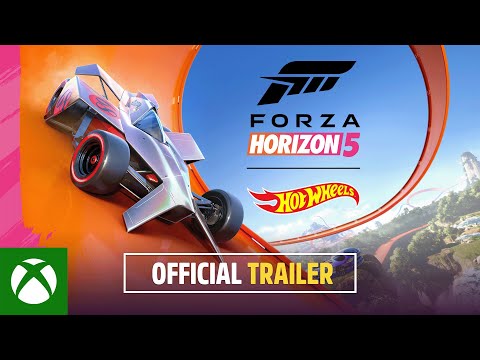