3 Both Alpine Drivers Are Happy With the New Floor Upgrades, Budget Cap Is Not an Issue

4 F1 Singapore Grand Prix Is on This Weekend, It's Now or Never for Ferrari

It's that time of the year when excitement mixes with sadness for motorsports fans. On one hand, we're about to find out who the 2022 Formula 1 champion is going to be. But then again, that also means that the off-season will be starting soon. And that means we'll have to settle with looking at replays for a few months. But then again, food tastes a lot better when you're hungry.

The Japanese Grand Prix has been part of the Formula 1 calendar since 1976. F1 had an event at Fuji Speedway in both 1976 and 1977 before moving to Suzuka in 1987 after a decade-long hiatus.

Drivers in the modern era would get to race at Fuji again in 2007 and 2008, but since 2009 Suzuka Circuit has been the go-to circuit for F1 in Japan. Looking at the history of this event, we noticed that Mario Andretti won the debut race in 1976. And that was the first and last time an American driver would reach that performance.

Even after all these years, Michael Schumacher is still the most successful F1 driver when it comes to this event: he has scored six victories here between 1995 to 2004. Lewis Hamilton is second with five wins, while Sebastian Vettel is third with a total of four.

You also have to give credit to Fernando Alonso for getting on top of the podium twice in Japan, in 2006 and 2008. As Valtteri Bottas won the 2019 round, that means that only four of the drivers competing this weekend have ever won the Japanese Grand Prix.

It's interesting to note that Max Verstappen has yet to be successful here, although he was on the podium in both 2016 and 2018. Even so, he is inches away from winning the 2022 World Champion for the second time in a row.

He is currently 104 points in front of Charles Leclerc and Ferrari, with just five races to go before the season is over. So, even though it would take a miracle for Leclerc to win his first F1 Title, the battle for P2 and P3 is still as exciting as ever.

Sergio Perez won the Singapore GP, and so he's now just two points behind the Monegasque driver. But we could still witness a spark of brilliance coming from either George Russell or Carlos Sainz in this last part of the year, as they are neck-and-neck at a little over 200 points.

Looking at the Suzuka layout, the 3.608 miles (5.807 km) circuit is comprised of a total of 18 corners. One of these is the famous 130R, and drivers will be going through it at speeds of about 177 mph (285 kph) - one of F1's quickest corners. We have included a video of a virtual lap for you to get a better feel of the track and the speed it entices.

Lewis Hamilton still holds the track record since 2019, when he set a fast lap of 1:30.983. It will certainly be interesting to see if this year's F1 machines can go faster than that. As always, teams will be going through two practice sessions on Friday. Then, one last chance to set up the car during the first part of Saturday, and qualifying will be up next.

The main event is live on Sunday at 2 PM GMT+9 (10 PM PT). Let's just hope it won't rain again, as that would slow everyone down once again. Drivers will have to complete 53 laps before finishing the race, which means they will be racing for a total distance of 191.053 miles (307.471 km). May the best man win! 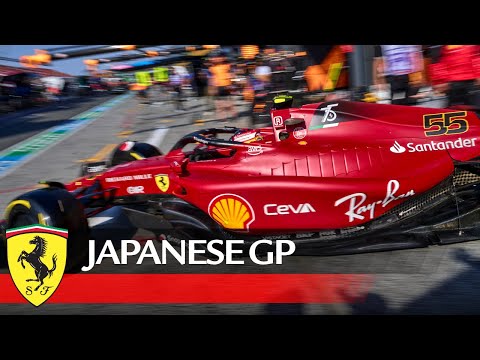 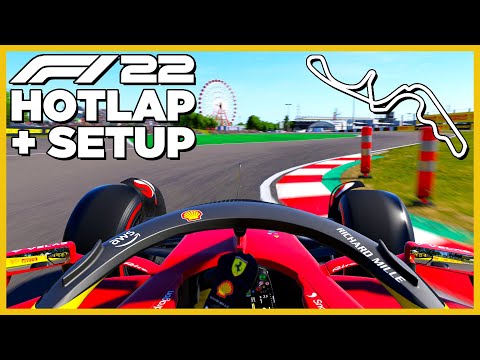