Ducati's New Powercruiser Featured in New "This Is Sophistication" Teaser

During his career as Top Gear’s Stig, Ben Collins never had a name or a face, but once he decided to take off the helmet and show his true identity, something interesting happened. Instead of ruining his career, breaking his deal with BBC’s successful motoring show was actually a new beginning that would see him working in big movie franchises such as James Bond or Batman.
7 photos

If one is looking to identify the highlight of his post-Stig era, it may as well be the new Lionsgate film starring the stunt driver called “Ben Collins: Stunt Driver.” It’s in this picture where Collins looks for the perfect car for an epic, high-octane, Hollywood-style car chase.

Call it a marketing gig he did with FoMoCo or an honest choice, but the stunt driver says the new Ford Mustang is the ultimate stunt car.

“The point of this adventure was to find the perfect car for an epic, high-octane, Hollywood-style car chase, and it’s the iconic Ford Mustang that gets top billing,” Collins said. “Mustang has starred in many a classic car chase during the past 50 years, and is still the stunt driver’s weapon of choice to leave the bad guys standing in a cloud of tyre smoke.”

To Ford, Collins’ call couldn’t get better timing, considering the all-new Ford Mustang is now on sale across Europe for the first time in more than 50 years in fastback and convertible body styles, equipped with the configuration mentioned above or the optional fuel-efficient 2.3-liter EcoBoost engine delivering 317PS.

For those planning to watch the movie, you should expect a talented Collins evading baddies using the Stang’s all-new front and rear suspension systems including innovative, integral-link independent rear suspension, and standard performance brake packages behind 19-inch wheels. 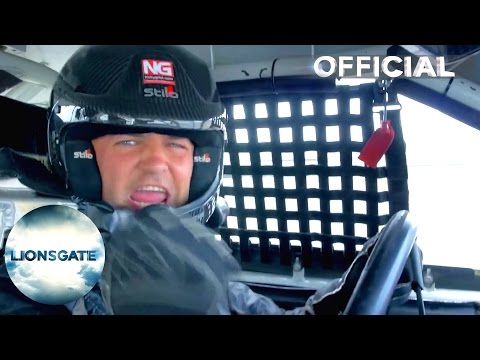