1 Electric smart to Rent Through Hertz 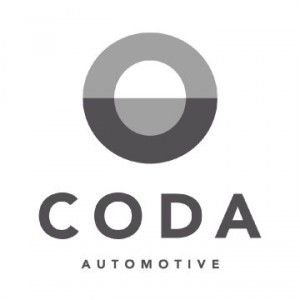 Coda Holdings, one of the electric vehicle manufacturers who dreams to become one of the biggest players on the market, announced over the weekend the appointment of Philip Murtaugh to the position of CEO.

Murtaugh comes to Coda with what the company calls “extensive operating, manufacturing, sales and marketing experience in both the US and Asia” (the two markets on which Coda hopes to strike gold). Murtaugh spent almost his entire career, over 30 years, working for GM.

He climbed the ranks of the American manufacturers to reach he top spot in the car maker's management scheme, after being appointed CEO for GM China (from 2000 to 2005).

Murtaugh will be replacing Miles Rubin, the company's founder, who will remain with Coda as director and at the same time the largest shareholder.

"I look forward to joining an experienced group of professionals on CODA's management team and Board in California and abroad. It is impressive to see all that they have accomplished in such a short period of time, from the formation of international partnerships to green technology breakthroughs that are truly world class," said Murtaugh.

"Together, I am confident that we will accelerate the adoption of clean technology that will better the environment, create new jobs and move the automotive industry in a positive direction."

Coda currently plans to launch the Electric sedan model later this year, bringing to the market an EV powered by a 33.8 kWh lithium-ion battery pack, which gives the car a range of 120 miles (193 km). Coda has priced its electric vehicle at $37,400, including federal tax credits.