One year ago, while sitting in the Monaco marina, Nico Rosberg casually announced he was sick of waiting through the delays of the Mercedes-AMG One and was buying another hypercar.
1 photo
Like any self-respecting YouTuber, he found a way to get his viewers involved by presenting a shortlist of four names and asking everyone to vote. The four to make Nico's cut were the Ferrari SF90 Stradale, the Aston Martin Valhalla, the Rimac Concept_Two, and the Koenigsegg Regera.

He talked about choosing between these four phenomenal vehicles with a combined value of who knows how many millions like you or I would talk about eating Chinese or Thai this evening, which was a bit weird. However, he quickly came crashing down to Earth as he realized not even he might be able to get his hands on all of these very limited-edition models.

That single moment made a situation that should have been awkward (here I am talking about what I should spend my millions on while you're working ten hours a day for bills and food) feel a lot more natural. Besides, Nico is such a nice and likeable guy that he made it seem like he was genuinely having a dialogue with the viewers hoping they would be able to guide him out of the tricky situation he was in.

Well, it turns out he didn't really need anyone's help. The Koenigsegg Regera was the winner of a poll between the two, but just a few hours ago, Nico revealed his choice and it wasn't the Swedish hypercar. It wasn't Italian either, nor was it British. Yup, Nico will be the proud owner of a Rimac C2, the most extreme all-electric hypercar and, as he puts it, the quickest production vehicle of all times.

The former Formula One driver unveiled the C2 at the Paul Ricard circuit, but sadly the clip doesn't include any footage of him taking the Rimac on the track. Since he'll own one soon, though, we figure there's plenty of time for that in the future.

Watching the new video, you can't miss the fact he doesn't stop smiling for a second. That means he's either really excited, or a very good actor. With a car that develops nearly 2,000 hp and 2,300 Nm of torque, has a top speed of 256 mph (412 kph) and will reach 60 mph (97 kph) in 1.85 seconds (which is conveniently just below Tesla Roadster's announced 1.9 seconds), why should he need pretending? As he points out, the Rimac C2 is quicker to the 60 mph mark than his old Formula One car while being completely road legal. That. Is. Just. Nuts.

Congrats, Nico, and we can't wait to see more of your brand new hypercar.
(First clip is the announcement, the second one is the reveal) 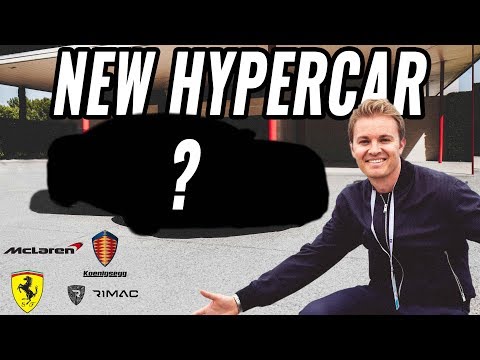 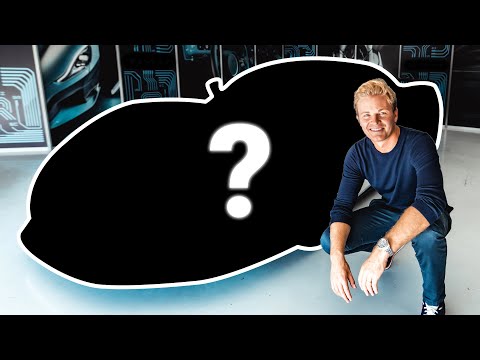