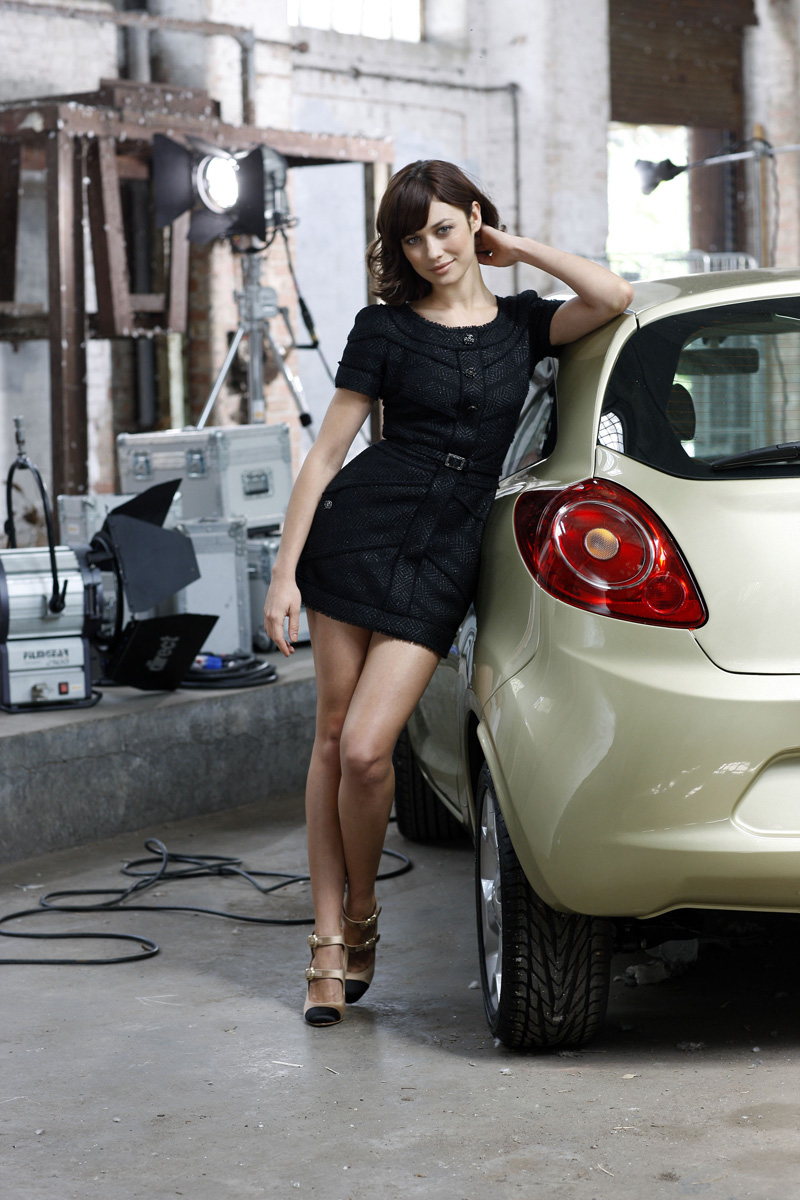 Just days after spotting the new Ka in a James Bond “Quantum of Solace” teaser, official confirmation that Olga Kurylenko will become the brand's image has already appeared.

In the movie, Olga uses the small car to escape a baddy on a motorcycle, thus helping Bond. In order to showcase the car's abilities, the director chose the narrowest streets with the craziest corners and the Ka performed admirably (at least on tape).

Now, Ford plans to take the deal even further, mostly for promotional purposes. You see, the best kind of publicity may be free publicity, but it doesn't hurt to toot your own horn every once in a while. The press release entitled “Introducing Bond Gril Olga Kurylenko – First Driver of the New Ford Ka” speaks of a series of events that will help promote the car.

These include behind the scenes show on popular TV channels and magazines with an audience among the younger demographic. First, there's an MTV Bond Girl Special, during which a “lucky girl” will be transformed into a Bond girl after a four-week programme which includes martial arts training, advanced driving, styling and makeover, all under Olga's supervision.

E! Entertainment plans a Bond Girl Diary special, a behind the scenes show which shows the making of “Quantum of Solace” through the eyes of Olga Kurylenko. Also, the show will contain a small biography for the present Bond girl, how she managed to score this role.

The next event the E! has planned is the Live From the Red Carpet thing, which will deal with the movie's world premiere in London. Expect lots of stars to show up, lots of interviews of the guests and cast, and even getting to follow Olga around as she gets ready for the big event.

And finally, there's a Glamour Magazine Bond Special which is aimed at helping the girls achieve that Bond girl look. Again, Kurylenko takes center stage and shows off her on-set styling team.

You must wonder what's all that got to do with Ford. Probably so are they. But during these days of economic recession, the auto giant from Detroit is taking any help it can get in promoting its cars, even if it's in a movie about a British spy, with a Russian beauty as the leading lady.