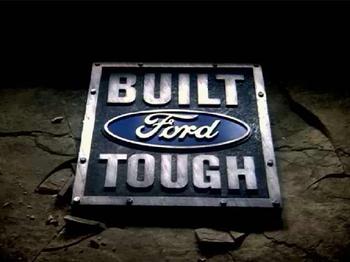 American manufacturer Ford announced yesterday it will begin offering, starting 2012, a 6.8l V10 gas engine for its medium-duty chassis cabs. By doing so, Ford will become the single manufacturer to offer a gas-powered vehicle in Class 1-7.

"No other manufacturer offers this wide of a range of options and solutions for truck customers," Len Deluca, Ford Commercial Truck Sales and Marketing director said in a statement. "The availability of a gas engine in this medium-duty segment will be welcome news to many businesses and municipalities."

The three-valve, single-overhead-camshaft engine has a power output of 362 horsepower at 4,750 rpm and 457 lb.-ft. of torque at 3,250 rpm and will be paired to Ford's six-speed TorqShift automatic transmission. The transmission is the same as the one used to tamper the torque in the 6.7l V8 fitted onto the Ford F-Series Super Duty.

Back to the V10 engine, it features three valves per cylinder - two intake valves and one exhaust valve, allowing to behave as a normal, four-valve unit.

In addition to the new engine, Ford also preps the release of an alternative fuels package for the V10. Starting this fall, the F-450 and F-550 Super Duty will be able to run on both compressed natural gas (CNG) and propane (LPG).

Of course, the conversion is intended to draw more customers from the fleet operators sector, a segment in which Ford is becoming a force to be reckoned with. This year, Ford will become the only manufacturer to offer all its vehicles with alternative propulsion fuels.