2 Geely Does the MINI Me

3 Chinese MINI Clone to Be Produced in Russia

4 Changan Auto Prepares Third Plant in Chongqing
Up Next

Tesla Roadster Clocks Over 100,000 Km in Less Than Two Years

Ford to Produce Transmissions in China 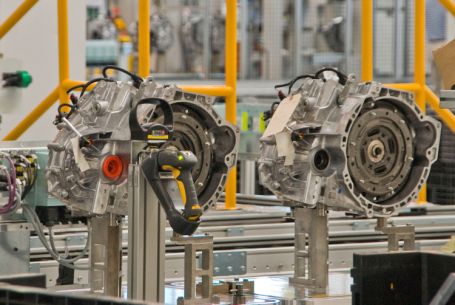 Having already announced an aggressive expansion plan for the two fastest growing auto markets in the world, China and India, American manufacturer Ford said today that it would soon begin the building of a new facility in China.

The new plant, to be located in Chongqing and operated by Changan Ford Mazda Automobile (CFMA), Ford's local joint venture, will be the automaker's first facility in the region in charge with manufacturing transmissions.

Work on the facility will begin this July and will be ready two years and $350 million later. When ready and working at full throttle, the new plant will be in charge with producing only 6-speed automatic transmissions. Ford estimates the annual output of the plant to 400,000 units.

All the transmissions to be produced in Chongqing will be used in the vehicles manufactured by the CFMA, namely in the Mondeo, Focus, Fiesta and S-MAX.

"Together with prior investments announced in the past few years, this new plant demonstrates Ford's unprecedented commitment to the China market and how we are leveraging advanced global technologies to support Ford's aggressive plan to introduce 15 brand new vehicles to China by 2015."

In the near future, Ford will probably announce even more developments for its operations in Asia. Since September 2009 and up until today, Ford invested heavily in China, starting with the $490 million spent on a new passenger car plant in Chongqing and ending with the $500 million engine plant announced in September last year.