Ford to Create Communication Standard for All Cars 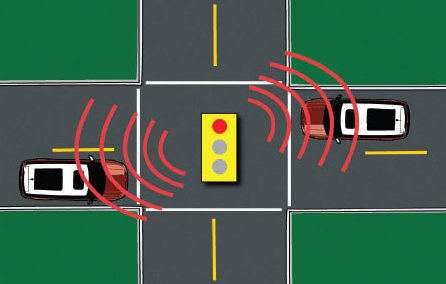 After having kicked off a California tour starring its new smart cars on Wednesday (vehicles that can communicate with one another), Ford announced that it is planning to make car-to-car communication a reality and has already taken a few steps towards that end.

After several years of researching how smart cars can talk to each other to help reduce the number of crashes and traffic congestion, Ford believes it has reached a point when its knowledge may be put to better use if more parties get involved.

The car maker says it has already convinced other automakers and even the federal government to step in and participate in the project, aiming to do one thing and one thing only: create a common language that would ensure, for instance, that a Ford Explorer knows what a Toyota RAV4 is talking about.

Starting this summer, a joint task force will begin working on the creation of a common communication standard, which will be tested, from Ford's part, on two prototype Ford Taurus model. The task force will be headed by the Intelligent Transportation Systems division of the Department of Transportation and will comprise the car makers organized by the Crash Avoidance Metrics Partnership (CAMP).

Work on the project is far from being easy, but the company behind the idea believes that the research phase might be concluded by the end of 2013, with test trials to begin soon after.

“Ford has laid the groundwork to give vehicles a voice with SYNC and Wi-Fi technology,” said Jim Vondale, director of Ford Automotive Safety Office. “Now we’re working with other automakers and government leaders worldwide to develop common standards globally to bring intelligent vehicles to market quicker and more affordably.”