2 Fiat's Blue & Me to Take the Lead from Ford's SYNC

5 Ford Announces Updated SYNC
Up Next 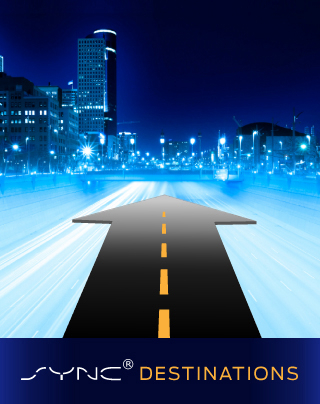 American manufacturer Ford is expanding the reach of its SYNC systems by announcing the release of a new app for iPhone, iPad and Android-based devices. Called Destinations, the app is meant as a toll for the owners of the aforementioned gadgets to get Traffic, Directions and Information (TDI).

Destinations allows users to get an exclusive on-the-go link to their cloud-based SYNC Services account to save and manage addresses. A maximum of 25 Saved Points are accessible with the app, while the locations which were added via the app are immediately accessible through SYNC Services.

As usual, turn-by-turn directions can be then delivered to the car, together with other useful info which includes real-time traffic information or traffic forecasts.

“SYNC Destinations leverages the power of your smartphone to manage a user’s SYNC Services account and to plan ahead, sending destination locations to your car, and knowing what’s happening on the road ahead of you before you even get behind the wheel,” said Dave Gersabeck, SYNC TDI product manager.

Ford thought the app through before launching it and, to be in tune with the US-wide effort to cut distracted driving, made the app in such a way that it automatically switches off once it has detected that the car is traveling at speeds of over 5 mph.

The app can be used by owners of Ford, Lincoln and Mercury equipped with the SYNC range of technologies. The app can be downloaded from the following link, free of charge. Using it though requires login credentials and the confirmation of the user’s TDI subscription status.