3 The Ford Escort Twin Cam: Paving the Way for the Escort Rallye Sport

4 Ford Super Duty Sales Are Off the Charts and Climbing

Tim McKenzie
Since we first reported on the Ford Motor Company's mammoth construction project taking place in Glendale, Kentucky, back in September, a great deal has happened on site as it transforms the rural Kentucky landscape and creates jobs.
6 photos

When complete, the site will be the home of a joint venture between Ford and battery maker SK Innovations. BlueOval SK Battery Park will create 5,000 new jobs and help Ford realize its goal of manufacturing 2 million electric vehicles annually by 2026.

The $5.8 billion 1,500-acre complex will be comprised of two massive battery manufacturing plants with a capacity of producing 80 gigawatt hours annually and a training facility in partnership with Elizabethtown Community and Technical College (ECTC); the BlueOval SK Training Center.

The 42,000-square-foot training center will be the largest co-branded learning center in the Kentucky Community College System courtesy of a $25 million investment from the Commonwealth of Kentucky. Construction is slated to begin on the training center next year and be operational in 2024, well ahead of the expected opening of the battery park in 2025.

“The partnership between Kentucky and Ford dates back more than a century, to the very dawn of the automobile industry,” Kentucky Gov. Andy Beshear said. “That bond grows even stronger today as we break ground on Ford and SK On’s BlueOval SK Battery Park in Hardin County. As both the largest economic development project in our state’s history and part of the biggest investment ever by Ford, this project cements Kentucky’s status as the electric vehicle battery production capital of the United States.” 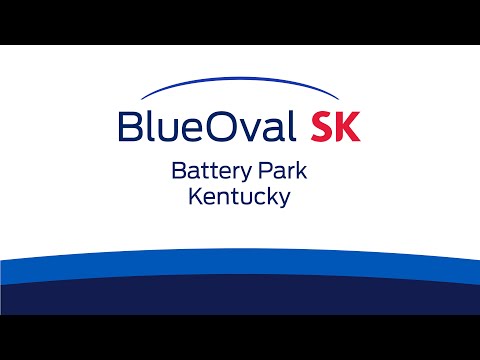