4 1971 Chevrolet Suburban Is the Orange Treat of the Week

5 This Tilted Resto Mod Blends Several Corvettes Into One, and a Touch of Mercedes
Car video reviews:
Up Next

The Indy 2020 event from auction house Mecum brings, among other incredible and very rare automotive treats, a hot rod that scores double for historic value.
10 photos

This 1929-1932 Ford Roadster hot rod is believed to be the first time a Model A body was fused to a 1932 Ford frame, and it’s the car that iconic singer Elvis Presley “co-starred” with in his debut as a leading man in the 1957 film Loving You. Built in 1937 by Hot Rod pioneer John Athan, it remains in excellent condition to this day and is expected to fetch between $750,000 and $1 million when it crosses the auction block in July with Mecum Auctions house.

The car is as impressive as its history is: with 239 CI Mercury flathead V-8 engine in an exposed bay, the three-speed roadster comes in black with red interior. It has central-control steering, custom dashboard and a windshield custom-fabricated from a Chrysler rear windscreen.

As you can see in the video at the bottom of the page, it featured heavily in Presley’s film, so The King got to drive it around for some time. Legend has it that he was so enamored with it that he repeatedly offered to buy it from Athan, but he got turned down every time.

To Athan, this hot rod was more than just a car: it was a labor of love and one that held special sentimental value, as he and his wife had traveled to Las Vegas in it to get married. The Athan family held on to the car for 80 years, during which time the builder also commissioned a precise restoration. It was performed in 1998 by Tom Leonardo Jr., according to the auction house.

Athan died in 2016 and the car remained with the family for three more years, before going on display at the Smithsonian Museum in Washington D.C., the Wally Parks NHRA Museum in Pomona and the Peterson Museum in Los Angeles.

Come next month, this trend-setting hot rod and the car that impressed The King (and he couldn’t have) could find a new forever home. 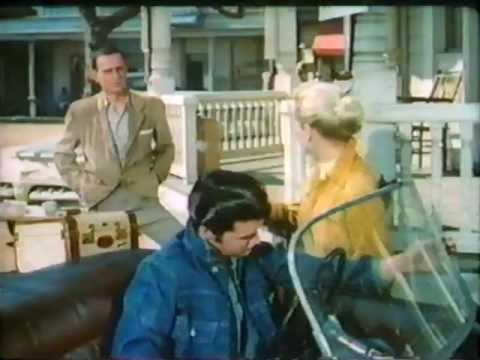