5 350 HP Focus RS500 Teased via Dedicated Website
Up Next

Mihnea Radu
Hothatches these days are becoming ever more vicious animals. It used to be the case that only sportscars could top the 200 hp mark, but nowadays just about every manufacturer has a go-fast car with at least that which calls itself a hothatch. As late as 1995, Porsche was offering the 911 with 272 PS (993.1 Carrera) which today is matched by front-wheel drive cars like the Opel Astra OPC (280 PS), Ford Focus RS (305 PS), Renault Megan RS (265 PS) and VW Scirocco R (265 PS). All these magic numbers are achieved through turbocharging, which is also creating lots of torque.
1 photo 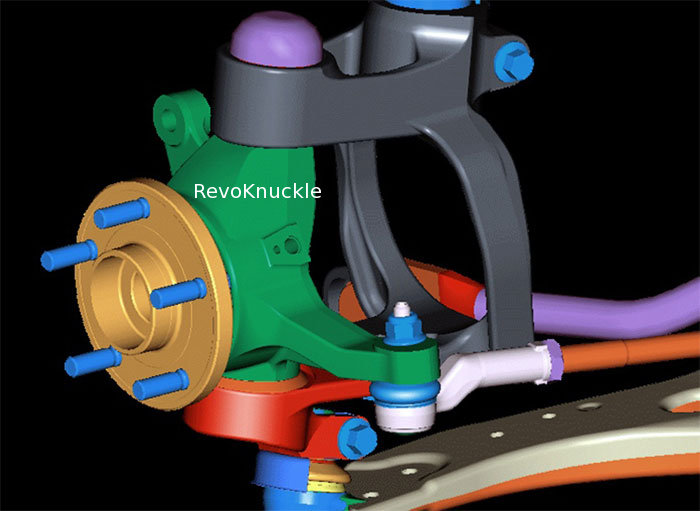 So how are these cars, based on simple family vehicles that your mom would buy, coping with all that power and all that torque going through the front wheels. Surely, it’s a recipe equal to nuclear apocalypse on the road, to trying to ride a bull while holding on to its tail! It would have been were it not for the magic of trick suspension. VW played electronic warfare and got the inside wheel in check, while Opel has something called a HiPer Strut.

But Ford had the biggest problem in controlling their little devil, as the engine they used in the Focus RS also makes 440 Nm (325 lb-ft) of peak torque from as early as 2,300 rpm. Surely, with the front tires having to soak up the bumps, take care of the steering, deal with the power and stop the car’s heavy front end slipping about, they can't possibly managed. 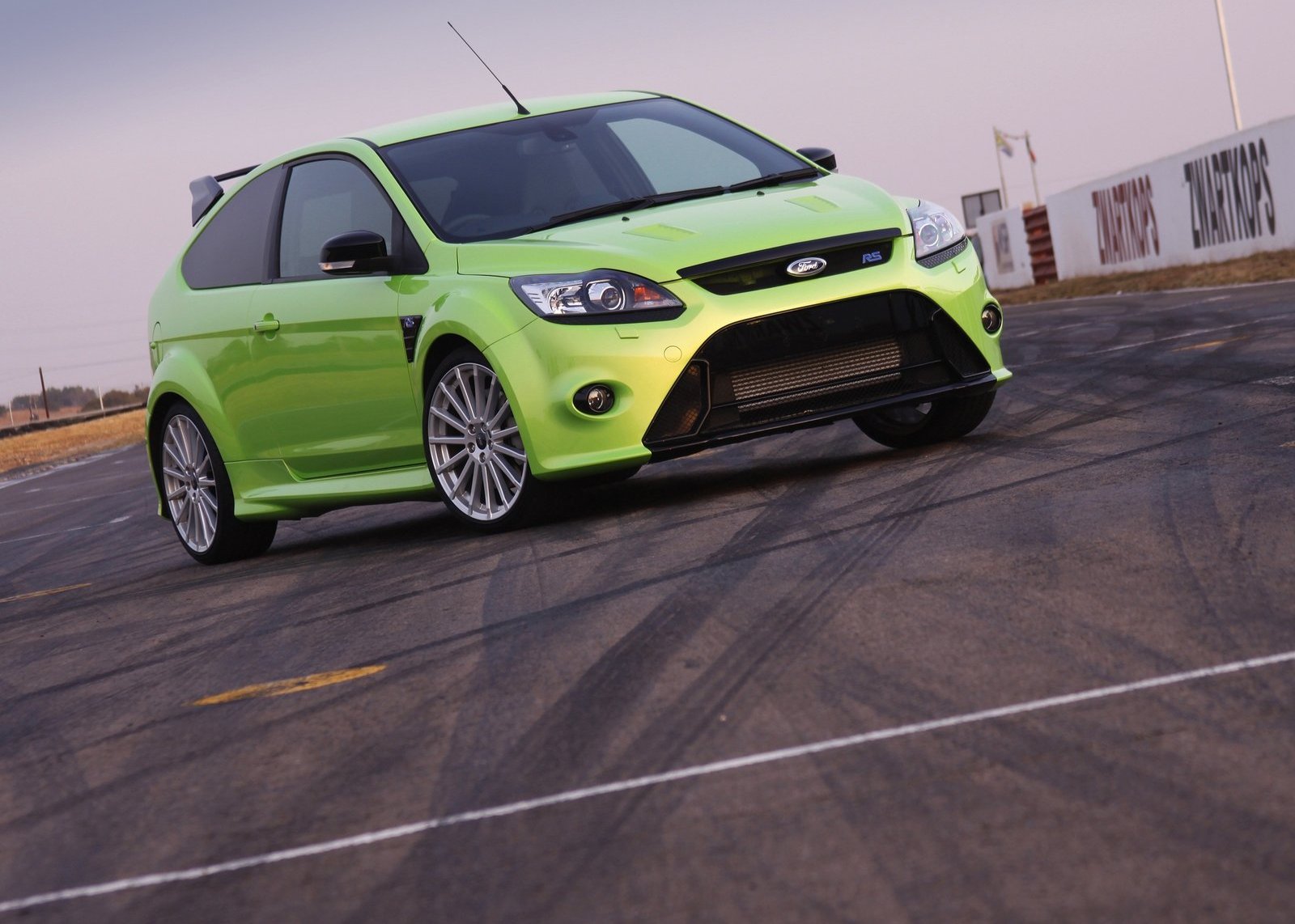 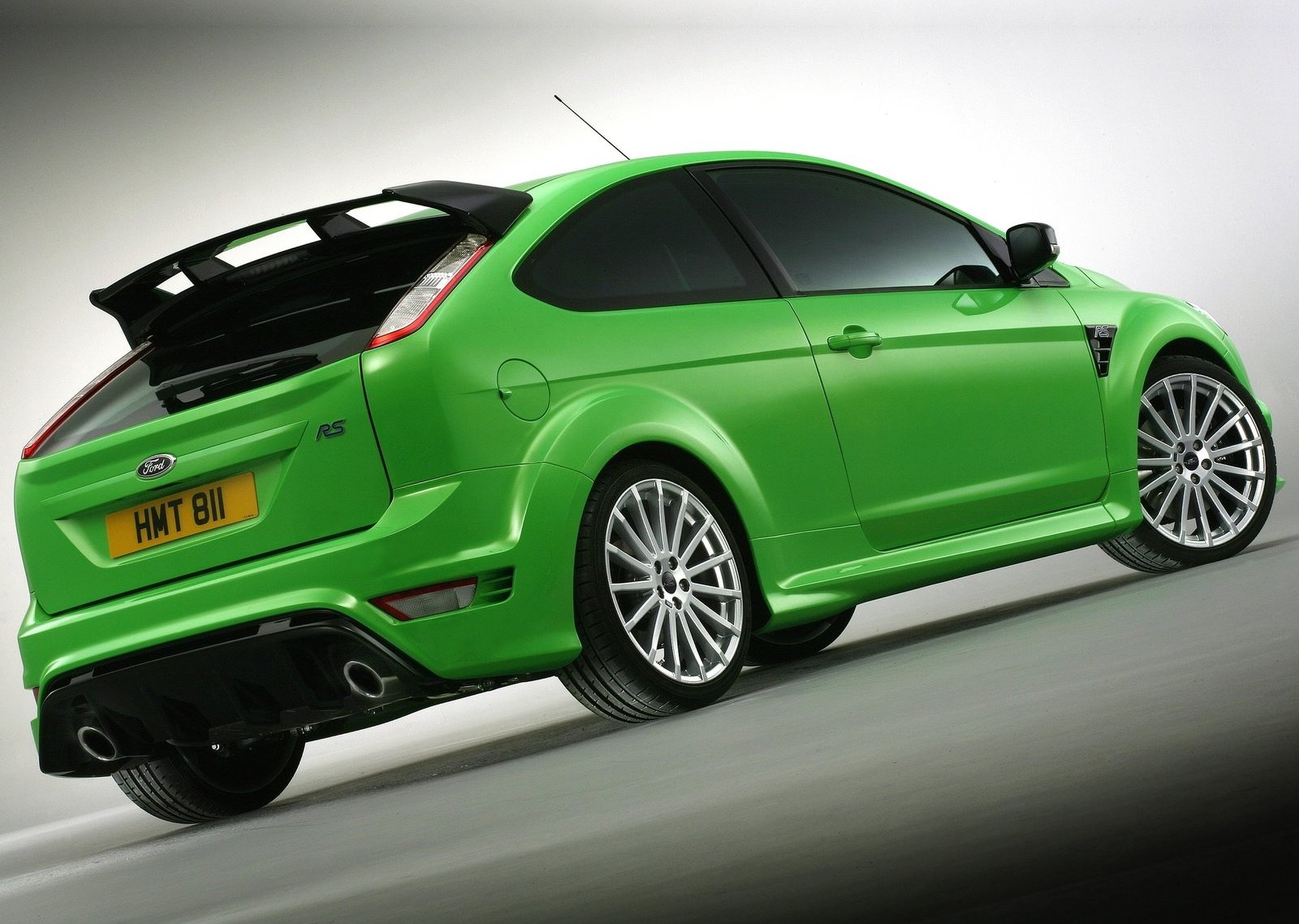 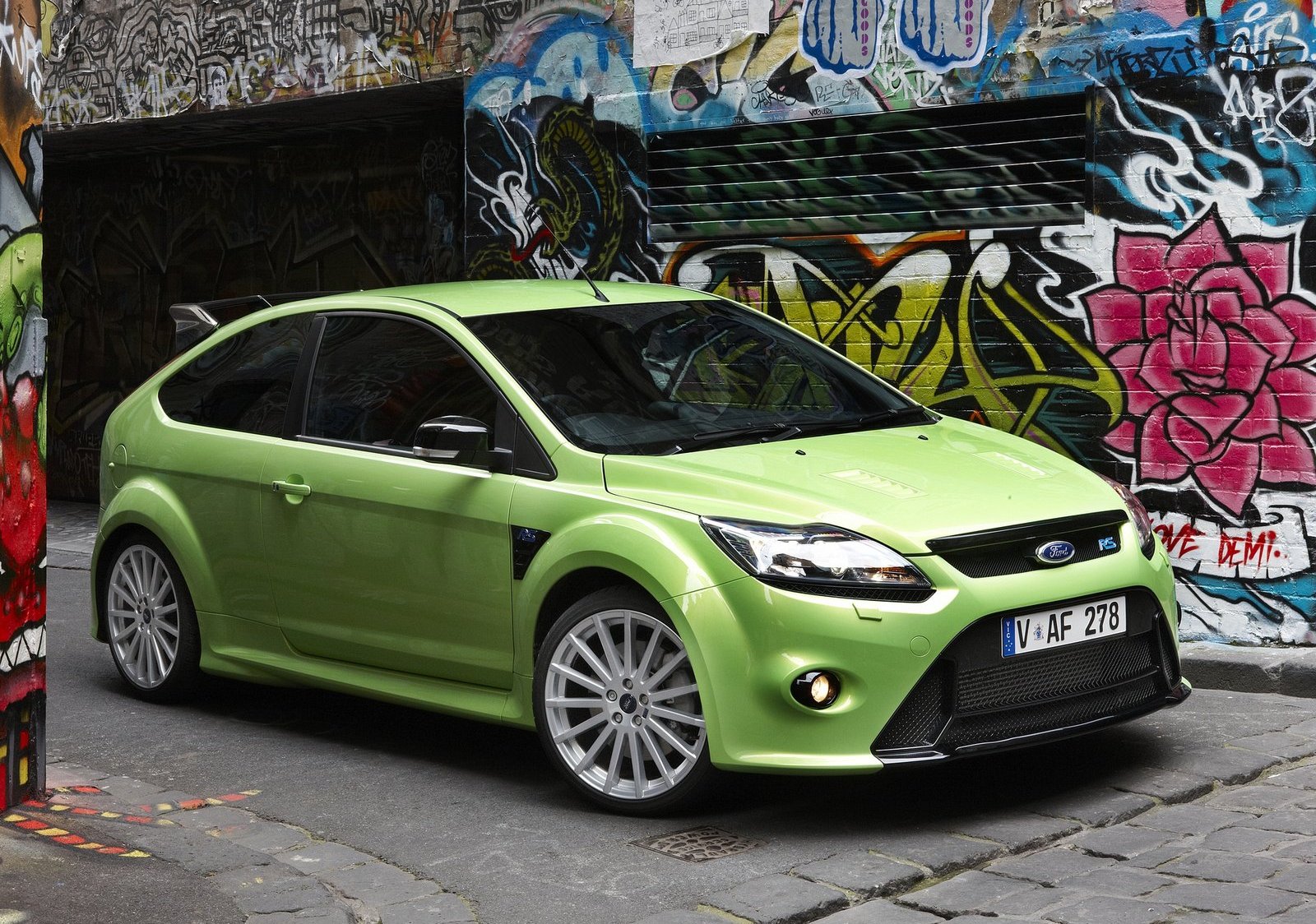 So how have the guys at Ford SVT made a car that costs as little as the most basic 3-Series but does all that? Well, the old Mk1 Focus RS had a reputation for being a bit of animal, so they knew they could still make something savage and unrestrained.

The solution chosen was a new type of front suspension called a RevoKnucke. Next to that, they also fitted a Quaife Automatic Torque Biasing limited-slip differential, a lowered ride height, and stiffer shocks, creating a setup that has made the Focus RS infamous, even three years after it was launched.

Ford’s RevoKnuckle front suspension is a re-engineered version of the McPherson setup which weighs less and costs less than a double wishbone system, but also reduces torque steer which occurs due to unequal driveshaft lengths in FWD cars, road conditions and body roll. This combination allowed Ford to create what was previously thought to be impossible: a car with FWD that makes over 300 hp and 400 Nm of torque.

Let’s talk physics for a second! Consider the tire and the contact surface to the road - traction forces are manifested in two ways - the “couple” of the force is transferred as you would expect through the the driveshaft, but there’s also a part that acts through the wheel center. This element creates a turning force about the steering axis. The larger the offset between the wheel centre and the steering axis, the bigger the effect is. This is especially problematic for performance cars, where wider wheels create a greater offset. Thus, getting the kingpin offset compares favorably to that of double wishbone systems is an achievement.

But keeping the center of the tire as close as possible to the steering axis (ideally they should be in the same place) is philosophical in the real world, where the contact area moves due to uneven surfaces.

The RevoKnuckle suspension setup was created to keep the simple and cheap setup of the McPherson strut arrangement, by inventing a geometric setup with very little steering offset.

Ford Jost Capito, who’s now left SVT for Volkswagen, says the idea for the system came in 2001 when high-torque turbocharged diesels came along. The fist application came with the Focus RS in 2009, but they say it could handle even more… in theory at least. 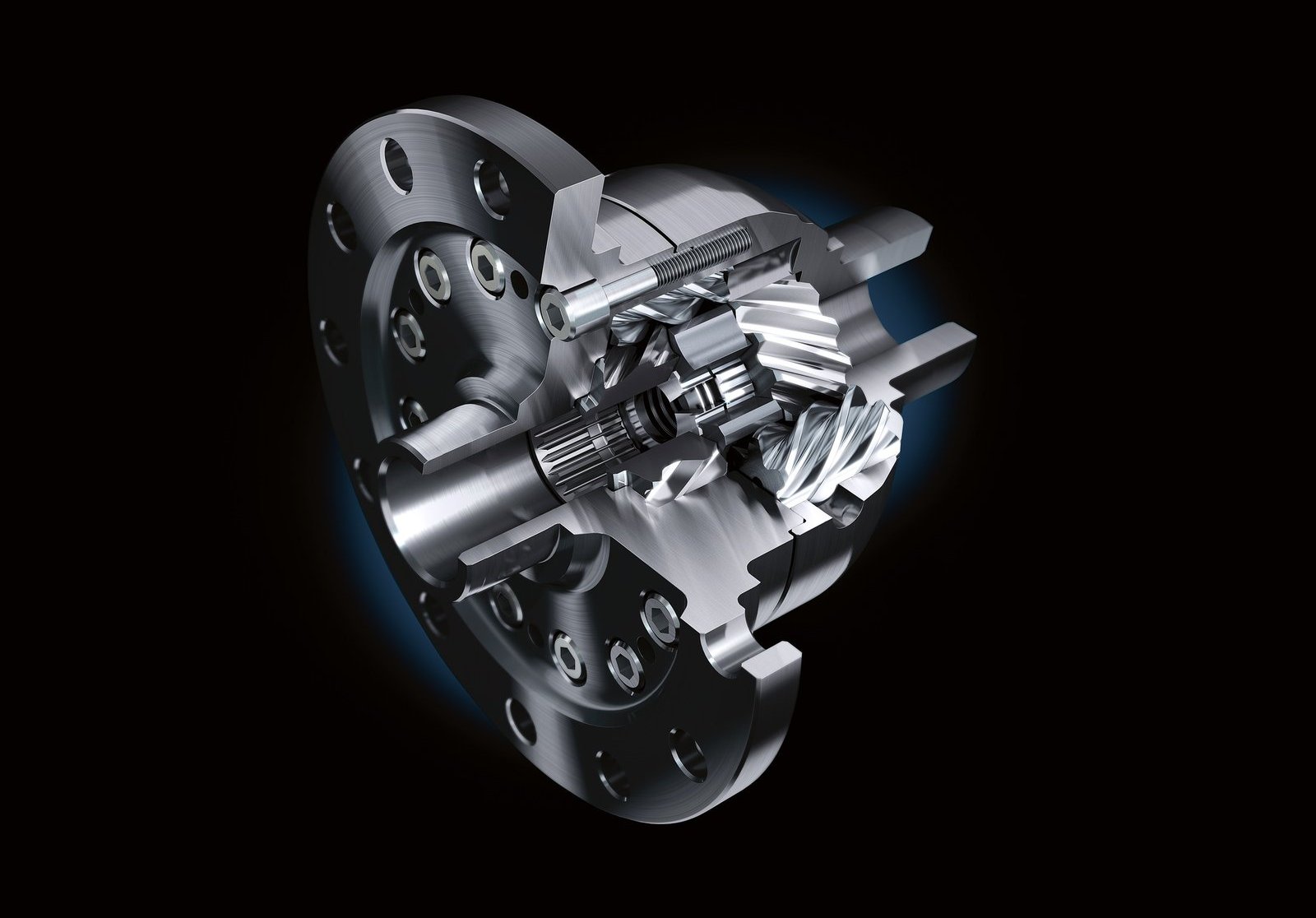 While we’re on the subject, let’s also talk about the other miracle-worker that the Focus RS comes with, the Quaife limited slip differential. This uses helical gears instead of the more traditional viscous couplings and clutches.

Each of the two drive shafts has a sun gear attached to it and placed in the middle of six helical planet gears that spin around it. This is a very special kind of animal, as it’s not a speed sensitive diff, rather a torque sensitive one. It does not try to make the inside wheel turn same speed as the outside wheel. If both wheels have traction, it transmits equal torque to both regardless of relative wheel speed.

When one wheel slips, the six helical gears will slide and will thus create force against a friction plate, which practically applies braking effort to the wheel with less traction. One advantage is that in some cases it transfers power better than AWD, and the other is that it’s not affected as much by what you do with throttle. The system is simple, efficient and waists very little energy, the only disadvantage being that if you do hit ice, there will be slip, but one which is mechanically limited.

Ford Focus RS being driven at the Le Mans track, having a E30 BMW for breakfast. 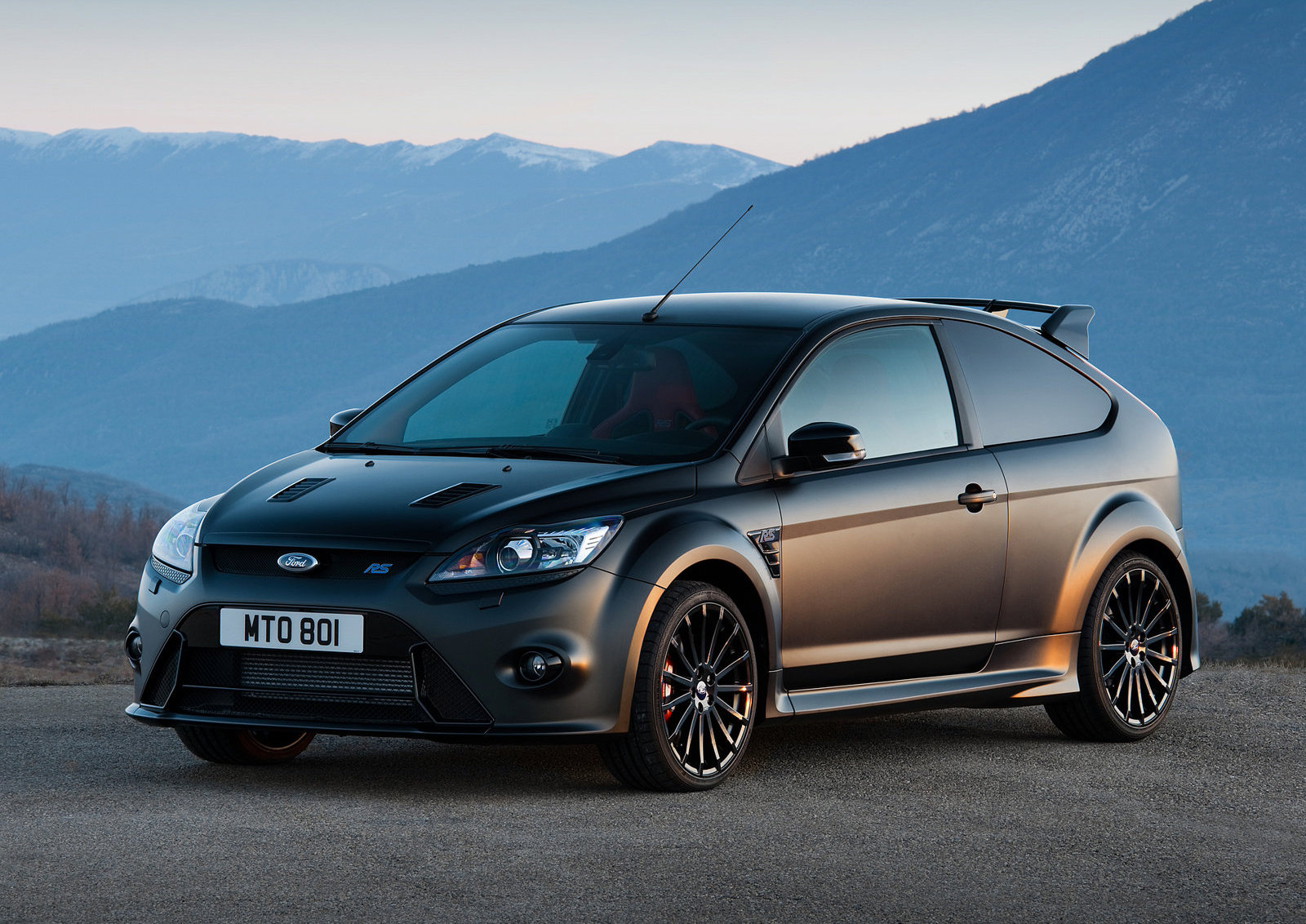 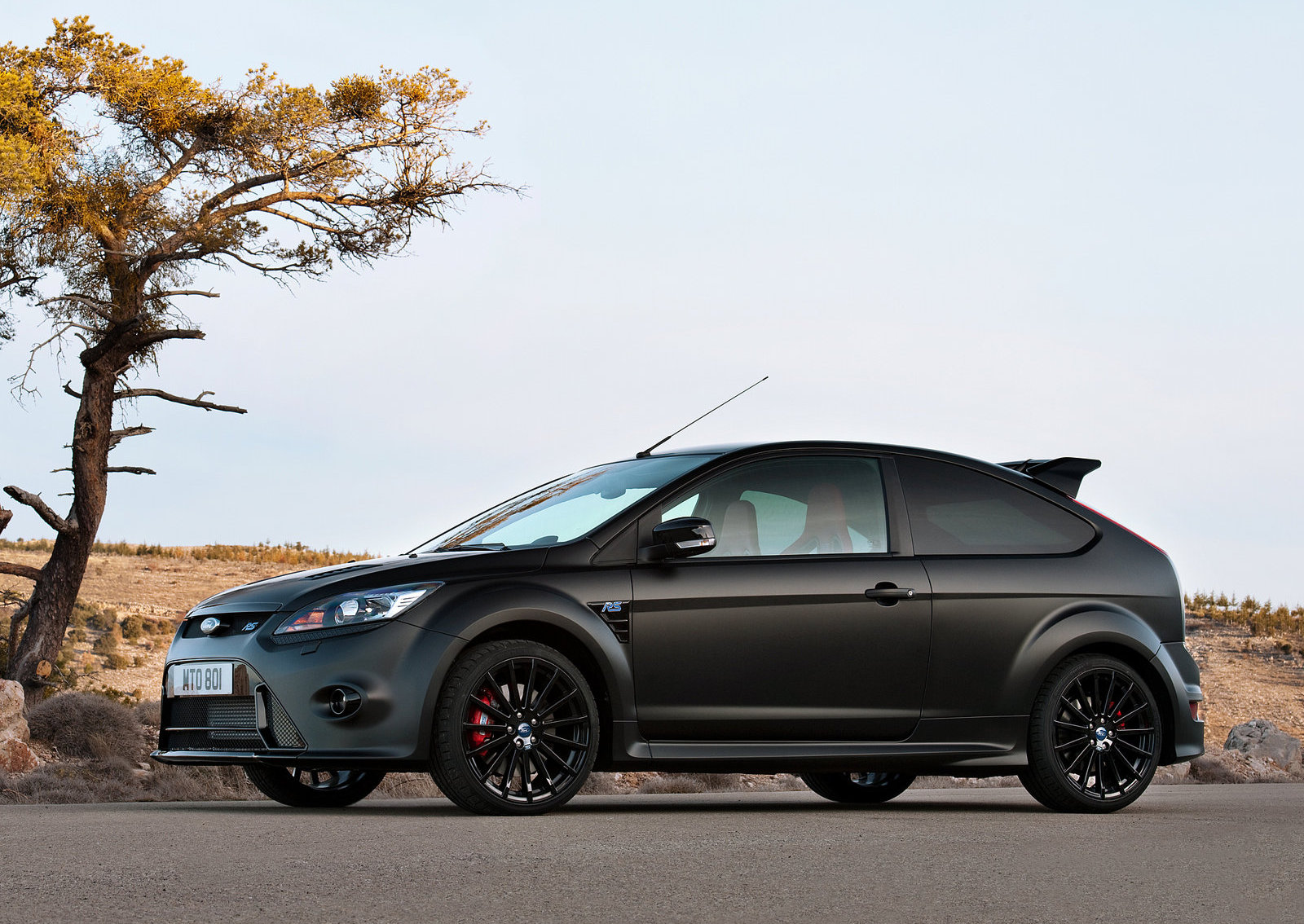 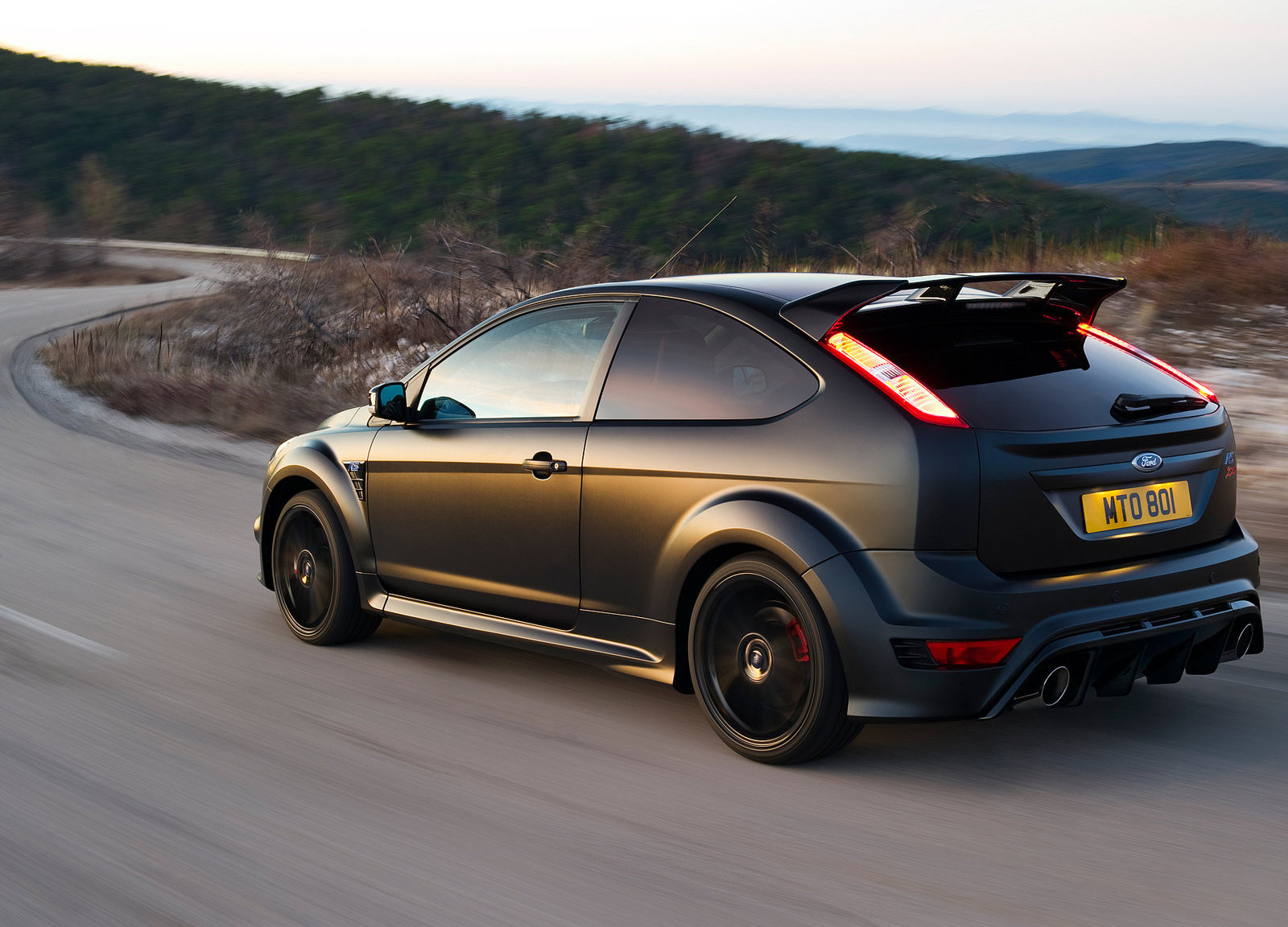 Only 500 were ever built, wrapped in matte black and sporting black wheels. All RS500s were individually marked, sold out in a matter of days in some countries and became instant collectables. The hot Focus became a way to remind people of the success of the legendary Sierra RS500 Cosworth that raced in the 1980s.