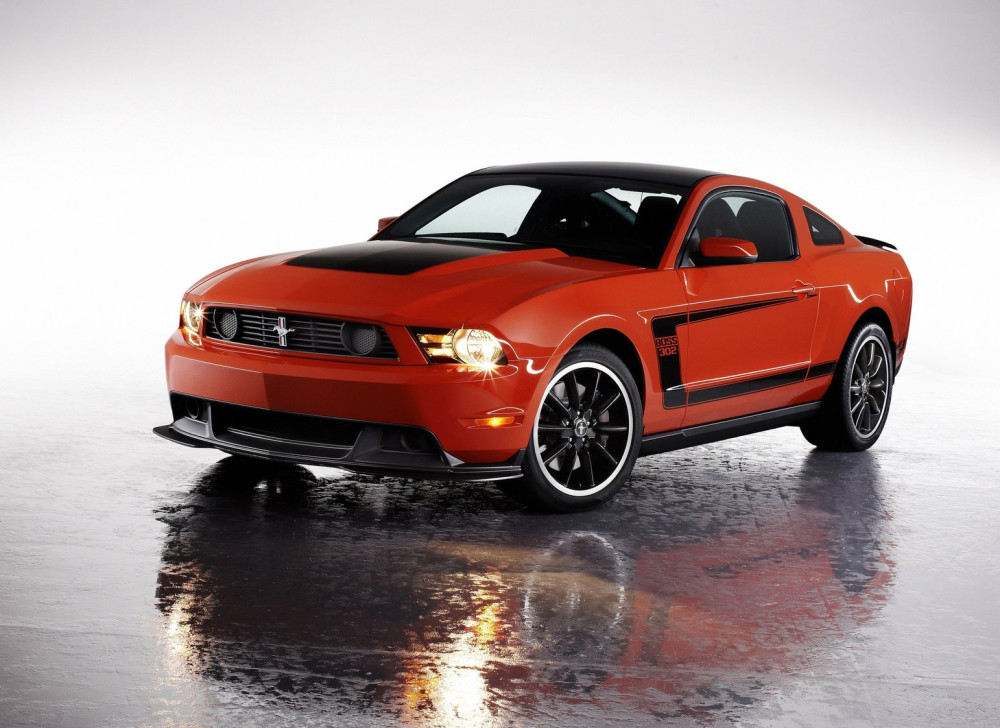 Do you want to spec up a Ford Mustang Boss 302, or are you curious how the Laguna Seca version would look with stripes on the side? Well, now that the online configurator is up, you can play with the Blue Oval’s versions all you want.

You should definitely check the Recaro cloth sports seats, even though they will set you back an extra $1,995. Despite costing $40,995, the 2012 performance machine still sound like a true bargain.

Despite the fact that a navigation system won't be available, the short option list includes Accessory Package with floor mats and car cover for an extra $475, plus Yellow Blaze Tri-Coat paint at an additional cost of $495. The track-oriented Laguna Seca Package comes in at $47,990.

As it is clearly aimed at enthusiasts more interested in on-track performance than creature comforts, the Boss 302 Laguna Seca has increased body stiffness, a firmer chassis set-up and an aerodynamics package carried over almost in its entirety from the Ford Racing Boss 302R.

"The team at Ford wanted to offer their fellow Mustang enthusiasts something really special - a beautifully balanced factory-built race car that they could drive on the street," explains Dave Pericak, Mustang chief engineer. "The Ford Mustang Boss 302 isn't something a Mustang GT owner can buy all the parts for out of a catalog or that a tuner can get by adding a chip. This is a front-to-back re-engineered Mustang with every system designed to make a good driver great and a great driver even better."

We will just remind you that the 302 gets a total of 440 hp from its 5.0-liter engine, thanks to a new intake and more aggressive camshafts.