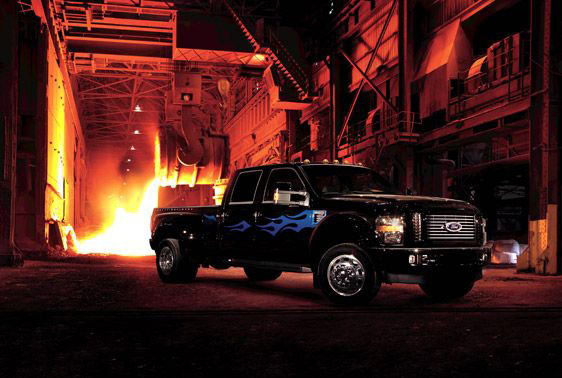 A pick-up truck and a motorcycle, what they could possibly have in common? Technically nothing, but PR and marketing departments believe otherwise. At least those at Ford and Harley-Davidson who have just announced a special version of the F-450. To be completely honest, Cabela, a large outdoor outfitter, has also joined the special edition frenzy.

It's not the first time Ford and Harley are working together, and just like the F-250/350 SRW models, the F-450 features a unique blue-flame paint scheme that starts at the side vents and runs down to the box side of the truck. According to the press release, he flame design scheme is carried through to the interior gauges in the instrument panel. The custom perforated black leather wrapped seats, door panels and center console cover reveal blue leather underneath giving the same blue-flame effect as the exterior. Harley-Davidson badges are present on the fenders and tailgate, along with "Harley-Davidson" script located on the box side.

All in all, mostly finishing touched added to both editions, so you'd have to be a fan of either companies to be persuaded into purchasing. 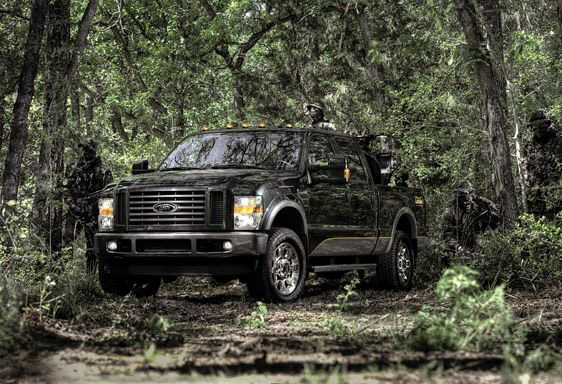