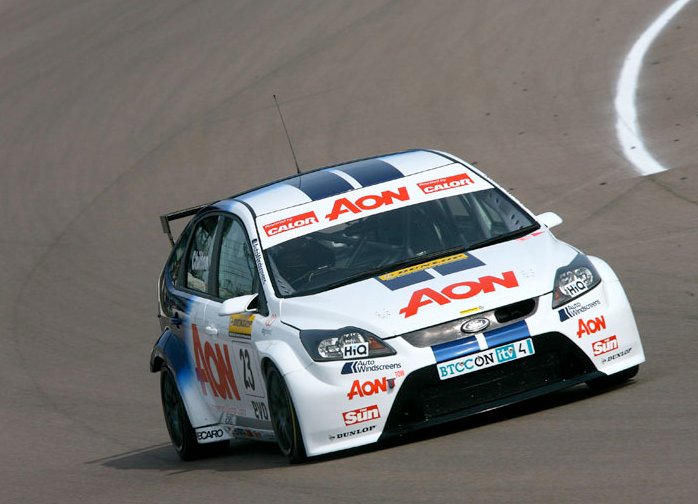 Team Aon’s new Ford Focus BTCC has undergone the final shakedown test before this’ weekend’s Brands Hatch season opener. The final tweaks were made at Ford’s Dunton Engineering Centre, in Essex, where the Ford Team RS is based, as the carmaker expanded its global support to independent touring car race teams using the new Focus. The vehicle has been developed by Arena Motorsport with technical support from Ford.

“UK-based Arena Motorsport – which races in BTCC under the banner of Team Aon – has been a successful long-term competitor in the series and introduced the previous generation Focus ST to the championship in 2009. Just 18 months after their first race with this car, the team and driver Tom Chilton secured both the 2010 Independent Teams’ Championship and Independent Drivers’ Championship titles,” stated the press release.

The car is the first product of the collaboration between Arena Motorsport and Ford, giving birth to a common race car to S2000 spec, which will be used in major touring car categories around the Globe.

“Just as we can offer a team support in terms of cutting-edge facilities like the Dunton test track, so teams such as Arena can offer us their experience and skill in developing winning race cars.  It’s a truly collaborative effort."