It’s been a busy week for the Insurance Institute for Highway Safety (IIHS), which tested no less than seven SUVs for occupant protection in a passenger-side small overlap front crash.

The organization found that for both models rated with low grades there was too much intrusion into the occupant compartment on the right side. IIHS says the Escape “struggled in the test” after the intruding structure seriously compromised space for the right-front passenger.

Measurements showed that at the upper door-hinge pillar, intrusion measured 10 inches, double the size of the intrusion on the driver’s side. The scoring for the Ford SUV shows the car performs bad in three distinct areas: overall performance, structural integrity, and protecting the passenger’s hip and thigh.

"Disparities like this one are why we decided to formally rate the passenger side in the small overlap test after five years of evaluating only the driver side," said Becky Mueller, one of the designers of the passenger-side small overlap front test for the IIHS.

The test used to rate the seven SUVs means the vehicles have to travel at a speed of 40 mph toward a barrier with 25 percent of the vehicle's front end overlapping the barrier. It is supposed to mimic the majority of car crashes, which see cars hitting obstacles not head-on, but with either the right or left part of the car.

You can see how the tests for the named SUVs were conducted in the video included below. 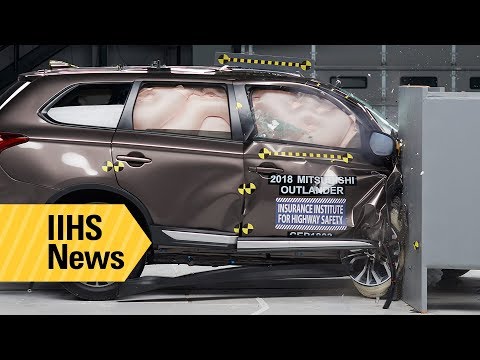