2 This Cargo Robot May Look Cute, But It's Just an Overpriced Paper Bag

4 DARPA’s Swarms of Military Robots Are About to Get Much, Much Better

Daniel Patrascu
For some years now American carmaker Ford has been trying to get into the delivery business. In 2018, for instance, the Blue Oval kicked off a pilot project in Miami together with Postmates, aiming to have driverless cars deliver goods to customers.
6 photos

But a car, regardless of its type, would only take a package so far, and the human would still have to walk over to it and take delivery. But what if a robot could take the package directly to the customer’s front door?

A company by the name of Agility Robotics is attempting to do just that: create a humanoid robot that can carry something for short distances, so that humans would have it easier.

Agility’s current product is called Digit, and two of them have just been delivered to Ford for testing purposes and display at this week’s Consumer Electronics Show in Las Vegas,

Digit, first shown in May 2019, has two arms and two legs, but no head. It can carry a box of something just like a human would, and is capable of navigating its way around obstacles.

Envisioned as a tool for use both indoor and outdoor, the robot has been intended for use as first-mile logistics and last-50-feet delivery. Ford plans to use it in the latter sense, as part of a service it has not yet detailed but that will definitely have to do with online retailing, as Ken Washington, vice president, Ford Research and Advanced Engineering, said.

“As online retailing continues growing, we believe robots will help our commercial customers build stronger businesses by making deliveries more efficient and affordable for all of us.” the executive stated.

“We learned a lot this year working with Agility, now we can accelerate our exploratory work with commercial Digit robots.”

Ford did not say when or where the robots will be deployed as part of the service. 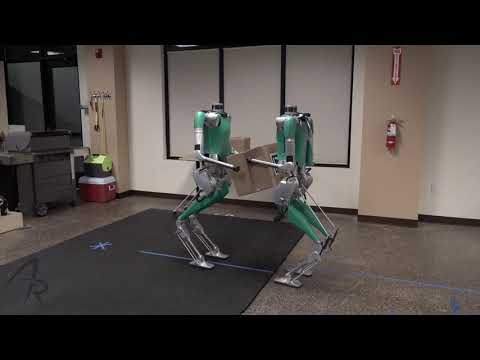