1 Ford Donates 242 Acres to the US Wildlife Service 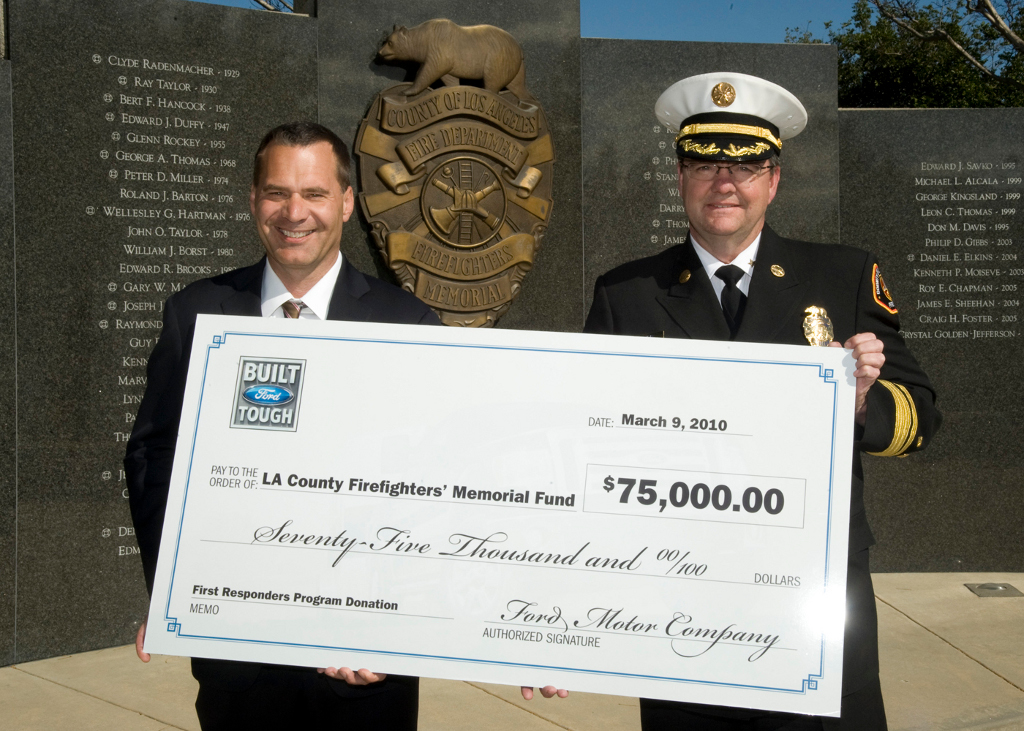 American manufacturer Ford presented the Los Angeles County Fire Department with a $75,000 donation earlier this month that will go to the firefighters’ Widows and Orphans Fund. A few months ago, Ford also introduced the 2011 F-550 Super Duty First-Responder Fire Truck at the LA Auto Show.

“We commend Ford Motor Company for their continued support of the Los Angeles Country Fire Department and for their determination to keep the public engaged in fire safety,” said Chief Deputy of Fire Operations and Chairman of the Los Angeles County Firefighters Memorial Committee, John Tripp. “It’s great to see a company like Ford so committed to this important cause and we thank them for this generous donation.”

Ford’s fundraising efforts at the Los Angeles Auto Show in December where Ford representatives and local firefighters were on hand to educate the public on fire safety and related LACOFD programs in order to raise money for the fund.

“Ford has more first responder vehicles on the road than all other manufacturers combined," said Hal Dewsnap, Los Angeles Ford Lincoln Mercury Regional Manager. “We are proud to say that our vehicles are used by the brave men and women of the Los Angeles County Fire Department and many other first responders around the world, and it is with great pleasure that we present this donation to them today."

The $75,000 for the Los Angeles County Firefighters Widows and Orphans Fund was raised in honor of the families of Fire Captain Tedmund Hall and firefighter Specialist Arnaldo Quinones, who were killed in the line of duty fighting the Station Fire.