5 Fly High With the $10K Louis Vuitton Kite If You Have No Real Use for Money
Car video reviews:
Up Next

The summer is here, and so are the opportunities to indulge in all sorts of outdoor activities. After sitting around the house for a year or so, everyone needs some air. One company that relies on airflow is ArmorKite, and it's about to show you a different way to hit the open waters.

Back in 2016, ArmorKite showed up with an idea ten years in the making, and one that is still going strong today, the AK-650. It is such a simple and effective design that in the six years since it’s been on the market this sailing rig seems to have gone unchanged. Simply put, the AK-650 is a kite sailing rig that can achieve speeds over 20 knots (37 mph).

To say that the AK-650 has gone unchanged in all these years on the market is not entirely accurate as ArmorKite invests countless dollars in research and development. After all, that’s the only way to stay alive in an ever-changing world.

As it stands, the 650 is more a two-part apparatus; first you have the boat, and then the kite. The architect behind this habitable boat is a self-taught Etienne Bertrand, but the design and idea is Marc Denoix’s. The vessel features a fiberglass and epoxy resin construction, with PVC sandwich used to insulate and reduce vibrations while keeping everything at a low weight.

Coming in with a length of just 6.5 m (21.3 ft) and a beam of 2.22 m (7.3 ft), it’s not a very large craft. Nonetheless, it is equipped with four berths and even a bathroom with 1.1 m (3.6 ft) of headroom and can carry up to six people on a journey. Even though the boat is technically meant to be kite and wind powered, auxiliary motors with 20-hp optional output are also available; we're talking outboard thrusters fueled by gasoline.

One feature that is extremely important is the lack of a keel. Because of this, you can ride the 650 very close to beaches and low tide areas. The only thing you’ll have to worry about is the central pivoting fin; wait, you won’t, because that fin is fully retractable.

As for rigging and sails, it’s pretty clear that a kite is your means of transportation. Not only is it eco-friendly, as you rely on wind, but it’s also got to be hella fun to steer. Now, don’t start thinking you can just go out onto the lake and hitch any ol’ kite to the boat, no. Instead, this kite includes three different zones to affect wind and offer control.

Overall, 80 square meters (861 sq ft) of sail will be pulling you along at speeds over 20 knots. For steering, you won’t rely on just the kite as that’d be damn near impossible; there’s a helm to control the boat. If you happen to want a larger kite, the team offers six other options to choose from.

But the fun doesn’t stop there. One feature ArmorKite developed is that of using the kite and rig setup on nearly any boat. Of course, you wouldn’t be strapping this to your oversized yacht, but if you wanted to keep the kids busy, you might.

Speaking of kids, if you like this idea and ever find yourself in Finistère, France, you can go out and take a ride with these babies. Or, if you’ve got a baptism or an array of other events, you can rent ArmorKite services. However, these services are tailored to each event, so you’ll have to give them a call for pricing. As for the boat itself, €30,000 ($34,790 at current exchange rates) is what you’ll be dishing out for this addition to your summer activities.

Upon further research, I was able to find out that ArmorKite does make another, bigger, faster, stronger model, the AK-1050, but I've got to wait for the team to get back to me with photos. For now, get the hang of things with the AK-650 and spice up your 2021 summer. 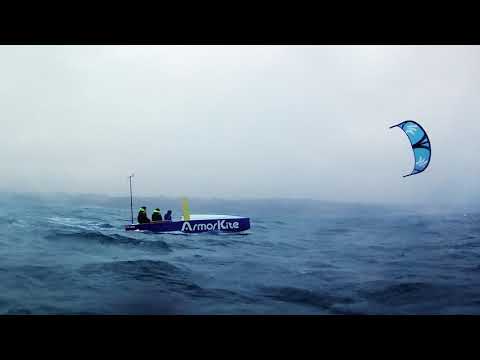 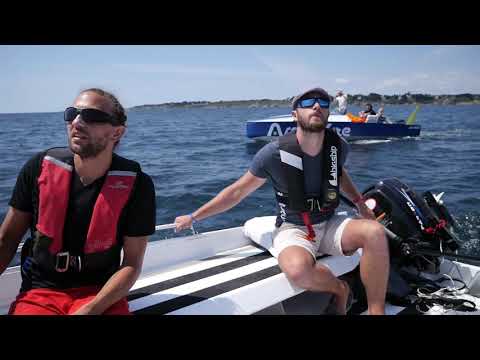