1 New Drone Technology Is a Real Mind Bender, Uses the Power of Your Thought as a Controller

Inspired by samaras, those helicopter-like winged seeds produced by maple trees, the F-SAM (Foldable Single Actuator Monocopter) proves that you don’t need such costly tech to make something fly. A single motor and a single wing will get the job done just fine and will even save you some bucks.
6 photos

This micro aerial vehicle (MAV) was developed by a team from the University of Technology & Design in Singapore and was inspired by the flight of samaras, also known as twisters or whirlers for the way they spin down and can spread very far from the tree. Based pretty much on the same design, this monocopter is a light flying machine that weighs only 2.4 oz (69 grams) and comes with a single, foldable wing made from a mix of balsa wood and plastic. The material was chosen to provide enough rigidity for control, while also being easy to fold. Around 40 percent of the monocopter’s weight comes from the battery.

So, to sum up, this flying device roughly consists of two main components: its body and one wing. The motor is mounted on the leading edge of the wing, to obtain a more compact structure when the monocopter is folded.

The F-SAM has a flight time of approximately 16 minutes, with the MAV achieving altitude control by regulating the force generated from the thrust unit via multiple rotations. It rotates counter-clockwise.

As far as the applications of the mini-drone go, the F-SAM is not necessarily the best choice for photography or other uses where you need to attach a cam to it and get high-quality photos. You can add a camera, but due to the spinning nature of the device, you risk getting some blurry shots.

However, the monocopter could be really useful in combination with various sensors such as LiDAR (light detection and ranging) and ToF (time-of-flight). According to its developers, as quoted by IEEE Spectrum, the F-SAM would do a great job in single-use GPS-guided reconnaissance missions, as it is silent during flight and easily camouflaged once landed. It is also affordable to build, thanks to its minimalist design. The monocopter could also be used for climate monitoring, with these units being easily deployable from the air.

We have no information from the Singapore research team regarding the future of the F-SAM, but we know that the team is already working on another project called SAW (Samara Autorotating Wing). The platform can achieve two flight modes, autorotating and diving, using just one actuator. 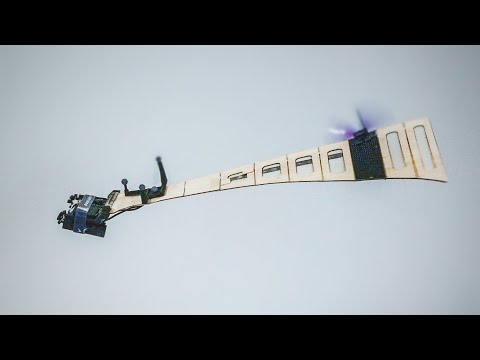