5 Here's Why We Don't Have Flying Cars Yet and Probably Never Will
Car video reviews:
Up Next

Despite constant progress on the front, we’re still some distance from getting the flying car of the future. The people of New Hampshire, U.S., are one step closer to that goal, thanks to a bill aptly called the “Jetsons Bill.”
9 photos

NH HB1517, of the “Jetsons Bill,” signed last week by New Hampshire Governor Chris Sununu, makes flying cars road-legal for the first time ever, as Intelligent AeroSpace points out. This may sound funny, but in reality, it’s the first step towards adapting legislature for the infrastructure of tomorrow.

There are several major projects for so-called flying cars, starting from the Aerocar back in the late ‘40s to the more modern takes on the idea, like Samson Switchblade, PAL-V and Terrafugia TF-X. The idea for a car that would work just as well on the road in heavy traffic and in the air, comes with massive appeal: it is more time-efficient, more convenient and faster than anything else.

Until just recently, such a vehicle would have been illegal on the roads in New Hampshire. With the new law, one such flying car can be registered as a car and used accordingly while in car configuration, in keeping with the laws that govern the roads. The law doesn’t allow take-off or landing on the highway or from public roads, but it will allow driving to and from the airport – legally so.

The same law also establishes clear rules for inspection and accidents, and allows the owner to bypass FAA regulation on inspections because the vehicle would be considered, first and foremost, a car. It would still have to be registered with the FAA, but all inspections could be done by a mechanic.

“Having two sets of rules (air and ground) for this category of vehicle would put a significant burden on manufacturers, and make for a confusing integration of roadable aircraft into the highway system,” Sam Bousfield, CEO of Samson Sky, who lobbied for the law, says in a statement. “This is landmark legislation, and places New Hampshire at the leading edge of incorporating roadable aircraft into a state transportation system.”

The Switchblade from Samson Sky is currently considered a motorcycle, but the company is marketing it as a flying sports car. The latter is a more fitting description since it can top 125+ mph (202 kph) on land and cruise at 160 mph (257.5 kph) in the air. In theory, for the time being. 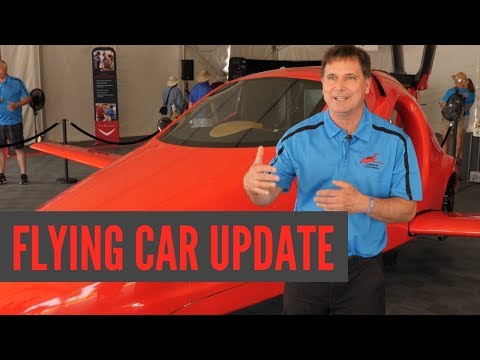