5 This $30 Million Floating Villa Is an Endless Holiday, Wherever You Want It
Car video reviews:
Coverstory

Homes on water are certainly not new, and they’ve been gaining even more ground in recent years due to rising sea levels and the realization that the safest place to be for coastal residents might be on water, not on solid land. This is one such floating home, but for the rich.

A float house can be a lot of things, from a nature-immersed home that’s a cheaper and more sustainable alternative to a brick-and-mortar house, to a villa that is the epitome of upscale but still sustainable living. The one-percenters of the world don’t have to worry about being left out or, even worse, having to mingle with the normies: they too get their sustainable floating house. And it’s the most stunning thing ever.

It’s called the Floating Seahorse, and it’s part of The Heart of Europe project in The World artificial archipelago off the coast of Dubai. The Floating Seahorse is a development by Kleindienst Group comprising 131 such villas or, as Kleindienst puts it, “a truly unique underwater product which is the first of its kind in the world, […] an exclusive marine style retreat (essentially a boat without propulsion) which has its own plot in the Arabian Gulf.”

The concept was unveiled at the 2015 edition of the Dubai Boat Show, with construction on the first units starting in late 2016. By the end of last year, handover of all 131 units was completed and, while the developer says they’re ready to accept residents and visitors, it doesn’t look like people have moved in already. As real estate vlogger Enes Yilmazer said in a video from earlier this year (you will find it at the bottom of the page), these villas are seen as investment opportunities and, as such, they will only attract tourists when the nearby developments are complete.

Still, each of the 131 units is gorgeous. Keindienst sells villas like the one in the video, which is ready to move in, or Signature Editions, which are fully custom units where the only given is the layout and everything else will be changed according to the wishes – and the budget – of the buyer.

The Floating Seahorse is a three-level cube-shaped buoyant residence that weighs 400 tons and offers a living surface of 4,004 square feet (371.9 square meters). Accommodation is for up to eight people, with two bedrooms, four bathrooms (two full and two half-baths), two bars, and plenty of lounging areas. It’s made of marine-grade, maintenance-free concrete for the lower part, and an aluminum skeleton for the areas above water, and glass-reinforced plastic cladding, and it comes with a 100+-year warranty.

The story at water level offers a patio and a terrace, the living room, and a kitchen that cleverly hides one of the main bathrooms. The entire kitchen block can be closed off, and the sofa in the living becomes a bed. Materials used include all-natural stone, including for the kitchen, the two wet bars and the floors, precious woods and fine leather, with the occasional splash of gold that, while not subtle, is not overly annoying either.

The second story is the lounge, with a jacuzzi and another open deck for tanning, an outdoor shower and a shaded sitting area with a bar, a skylight, and a sofa that can convert into a bed. Technically, if the weather permits, you could sleep 10 people in total in the villa, including two on this deck.

The lower level is the most spectacular, because both bedrooms here have windows that are completely submerged. Where you’d get a garden in a regular house, here you get a coral garden with aquatic life, because the project is committed to restoring coral reefs by growing coral in private nurseries. From a billionaire’s perspective, which might be more focused on personal comfort than on environmental benefits, this means that you can pick and choose what type of coral you want outside your window and, this way, what type of ecosystem would grow there.

The Floating Seahorse villa is a smart home, with every function automated, from the curtains to the lights and heating. Details like how the villa gets its electricity, water or waste disposal are not mentioned anywhere, but one assumes that a floating home that boasts of wanting to help restore coral ecosystems wouldn’t dump sewage into the ocean.

Upon their introduction, one such villa would ask $20.5 million, but these days, they go for much less money: the unit previewed by Enes is $4.7 million, while brokers in Dubai have others listed for $5.5 million and upward. Those of us who can’t afford to escape the rising sea levels in a multi-million vacation home in a multi-billion man-made archipelago in Dubai will have to settle for window shopping. 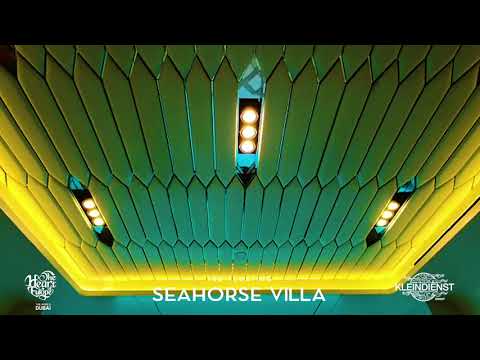 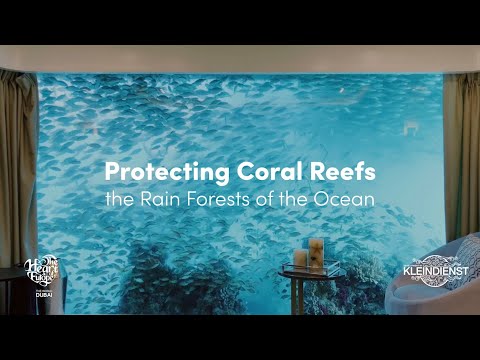 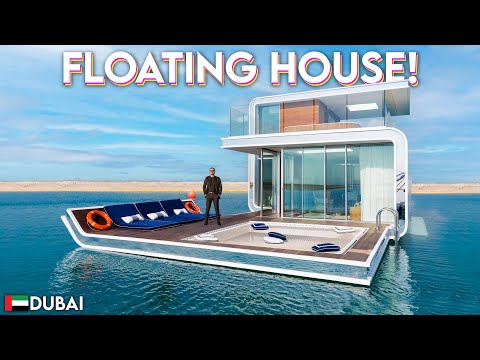