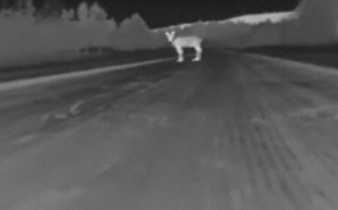 Night-vision systems have always been attractive for automakers, with several companies, including here Cadillac, BMW, Mercedes and Honda, designing their own technologies supposed to be installed on mass-production cars. However, the best night vision technology may come from a different and non-automotive company. FLIR, who is somehow related to car production thanks to the fact that it produced BMW's night-vision system, prepares a revolutionary system that could be installed on every single car model that features an AV output.

According to bmwblog.com, an upgraded system called PathFindIR is said to be unveiled at the Consumer Electronics Show, also known as CES, in Las Vegas next week.

Just like any other night-vision, PathFindIR lets you drive through complete dark, smoke or fog and spot any pedestrian that may appear on the road. However, the thermal imaging camera the parent company plans to present at CES is said to provide even better images in almost any condition, including cold weather or dust. 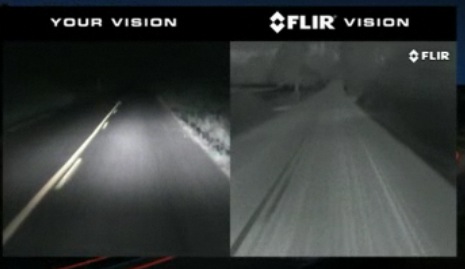 “The PathFindIR thermal imager can give you more time to react to road hazards than conventional headlights. It uses the same technology FLIR offers to military agencies to see at night. It features a 36° field-of-view lens, which provides excellent roadside awareness, even at long range. This gives you a better chance of seeing animals and pedestrians approaching the roadway before they become a danger,” the manufacturer says about the camera.

PathFindIR will be initially installed on BMW's 6 Series for the CES but, as mentioned, the camera works with any car model that comes with an LCD screen and AV connector.

“PathFindIR is a powerful thermal night vision camera that lets drivers see clearly in total darkness. Typical headlights only let you see about 450’ straight ahead, but PathFindIR sees heat not light, so you can see everything in front of you. PathFindIR lets you see at night without being blinded by oncoming headlights.”