5 This Extremely Rare 1-of-110 2001 Rover Mini Cooper Sport 500 Only Has Six Miles on It
Car video reviews:
Coverstory

In 2003, electric cars were pretty exotic, and only a few people foresaw the days when EVs would wedge their motors under the hood of most brands. And yet, that year, millions worldwide gazed at the stunts of three electrified automobiles. Granted, it was a Hollywood production. The vehicles did not get the credit they deserved for opening Pandora’s hood and releasing the battery power onto the planet.

Five Years Ahead of Tesla: MINI Was the First Modern Era EV, With a Box-Office Italian Job

Remember The Italian Job (2003), the gold heist-centered movie starring Mark Wahlberg, Charlize Theron, Jason Statham, and the antagonistic Edward Norton. And a trio of MINI Coopers. The film made a superstar out of the then-newly BMW-acquired iconic British car.

The synopsis sees the three MINIs playing a lead role in the movie, getting the actors in, around, and out of seemingly impossible places and situations—all the while carrying some 1,800 lbs. (830 kg) of 24-karat gold bullion each. (We’re not questioning physics or the cargo capacity of the MINI, but that’s pure Hollywood fantasy. However, we’re not film critics, and the article is about other particular traits of the four-wheeled actors).

They were impressive on the big screen, constantly running on the edge and sometimes over it, like in the famous subway chase. Most antics were as natural as they come, with no special CGI or stunt doubles for every take and scene. There were several instances when a unique, twin steering-wheel car would be used, with the actor behind the one on the left playing the role. At the same time, the stunt driver controlled the car throughout the sequence. On MINI’s website, you can look at those movie-history-making icons.

The actors took driving lessons to make the film as realistic as possible. The cars received much-needed modifications to withstand the bruising filming sessions. However, one particular scene was impossible to shoot with the regular MINI: the heart-pumping metro ride, where the protagonists drive down into the station, jump off the platform onto the railway, and then, after perfectly getting around the tunnel maze, engage in a chase with bullet-spitting motorcycles hot on their trails. You can watch the sequence in the last two videos.

The Los Angeles authorities did not allow any internal combustion-powered vehicles in the underground transportation network. At first, it seemed like a minor nuisance for the movie producers, who, in true box-office fashion, picked up the telephone, called BMW, and asked for the electric version of the car.

There was, however, a deadening drawback in their plan: BMW did not have the requested vehicles. Their reason was, rather unremarkably, the bluntest of them all: the Germans were not producing electric MINIs at the time. They weren’t making anything electric, to be precise. To put it into perspective, Tesla, the biggest EV maker to date, was founded the same year the movie was shot. Nevertheless, leave it to Hollywood to make it look real, and you can be sure they’ll do it. The first video reveals more about the MINI part in the film and how the crew pulled off the car scenes.

The man responsible for transportation for The Italian Job rolled up his sleeves and got to work. When he finished, three perfectly working electric MINIs were presented to the filming crew for “subway chase, take one.” What came out of that is movie history – the MINI became an instant superstar. (Albeit its electric qualities would be offered to the general public about half a decade later).

Each MINI got a massive battery bank for the movie neatly placed behind the front seats. The back seats were ditched – the movie script asked for the cars to be converted into gold-carrying parkour rockets, so it’s no surprise the back seats are missing from the shots.

The technical solution chosen for the movie would later be adopted by BMW themselves for the first batch of electric MINI vehicles. In a year-long lease-based road test, 250 cars were used by drivers from LA and 200 from New York. Named MINI E, that test mule packed a 35-kWh battery that powered the 150 kW front-mounted motor that drives the front wheels.

$850 was the monthly fee for driving the electric MINI back in 2009 when the program started, and at the end of the twelve months, the lease could be extended for $600 per month. Half of the test participants leased their cars for one more year.

The success of the electric version only stepped in the footprints of the box-office star-stricken U.S. sales for the gasoline-engined vehicle. Following the 2003 film, dealerships in America rolled out 20% more MINIs than in the previous year. The movie was indeed a great (Italian) job for marketing, as one Wall Street Journal critic dubbed it “the best car commercial ever.” 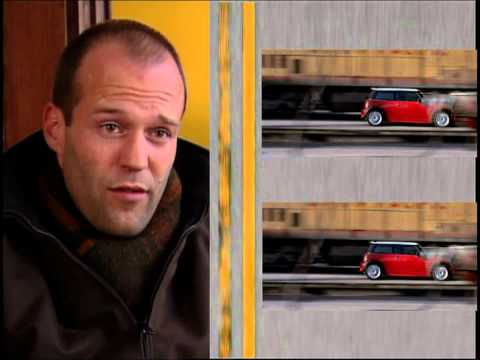 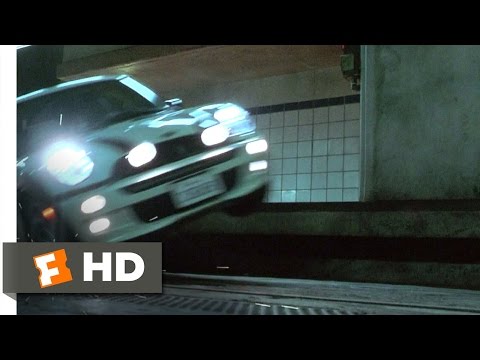 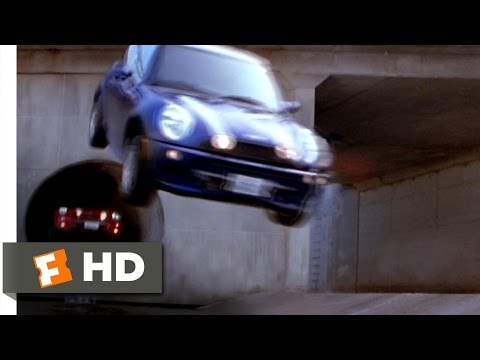 It’s The Italian Job MINI Cooper. From gold details on the rear to a *double* steering wheel inside.