3 Lordstown and the Endurance e-Truck, a Mirage Built on Lies and Fake Orders

5 Lordstown Endurance Beta Skateboard Will Race at San Felipe 250 This April
Car video reviews:
Up Next

Lordstown has had a rough start for the year, but it’s still confident in its ability to take its first all-electric truck, Endurance, into mass production this September. The video below is meant to get investors feeling equally confident, too.
6 photos

Lordstown Motors officially introduced Endurance last summer and immediately started taking pre-orders for it. Billed as the toughest and most reliable pickup, Endurance aims to be the first-to-market electric pickup in the world.

It also maintains that the September production/delivery start date holds. To convince investors and future customers who already have reservations for the truck, Lordstown has posted the video below, showing the first two Beta Endurance trucks rolling off the production line. It was a “recognition event” dedicated to Ride Associates at the Ohio plant, the company says.

These two are the first of a planned 57-unit batch of Betas, after which the Endurance will go into mass production.

“It all started with a designer's pencil and today, we rolled our first Betas off the line,” Lordstown says. “We are proud of this significant accomplishment. […] We look forward to sharing more news and updates with our customers, partners and stakeholders as our important development process continues.”

On April 17, the Endurance Beta skateboard will be shown (and tested) at the 2021 SCORE International San Felipe 250 in San Felipe, Baja California, Mexico. According to the initial announcement, the skateboard will race in the single-loop 290-mile (467-km) race, deemed the perfect occasion to test the motor hub technology for Endurance. 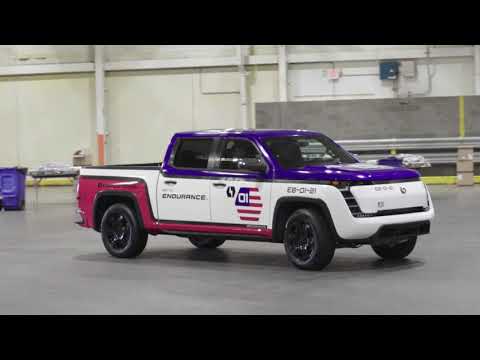