1 The Lamborghini Sian Looks at Home in Milan, Puts on a Show at Night

4 Conor McGregor Treats Himself to a $3.5 Million Lamborghini Tecnomar 63 Yacht

We’ve heard quite a bit of news about a yacht design by Tecnomar for Lamborghini 63. While most news hadn’t revealed that actual vessel and just renderings, the first of 63 units is now finished and has touched waters.

Yes folks, the first of just 63 Lamborghini and Tecnomar yachts has officially made it out of the shipyard. So, what are 63 lucky owners in for? Time to find out.

About Lamborghini, there isn’t much to say really. People in the most remote corners of the earth probably have a poster with a Lambo on their wall. Ever since the Turin Auto Show in 1963, this brand has been considered a pinnacle of speed, luxury, and extravagance.

As for Tecnomar, it follows a very similar trajectory to Lamborghini, but applied to the yachting industry. Since 1987, this Italian company has been responsible for the 289 yachts (now 290) of some of the most blessed folks on the planet. Their vessels deliver innovative and technologically advanced yachting experiences, which sunds a lot like the experience you’d have in a Lamborghini.

So, it makes sense that these two companies got together to bring forth one of the most exclusive yacht designs around; remember, only 63 units are included in the run. As it stands, the 63 is a vessel inspired by the Lamborghini Sian FKP 37, you know, that futuristic hybrid super sports car. Yeah, that one.

The exterior of the ship represents a mixture of design cues from both industries and companies. Symbolizing the Lamborghini is an exterior outline of the craft, with the hull and superstructure drawing some of their inspiration from the 60s and 70s Miura and Countachb—in a very “contemporary way,” as the teams say. In a tribute to the Italian ways, the rear of the ship includes green, white, and red fins, telling you right away where this vessel’s heritage lies.

One way such a reduced weight is made possible is by mimicking what happens in the automotive industry and use lots of carbon fiber. All this carbon fiber is used to shape countless components, all in iconic Lamborghini style, with clean lines, geometric shapes, and motifs.

One feature owners will be glad to use, assuming they have a captain’s license, is adapting a Lambo cockpit, nautical style. We're talking carbon fiber detailing with Lamborghini’s Carbon Skin finished seats and helm, plus a sports car steering wheel. Two start/stop buttons, one for each engine, are also found, again, set to the spirit of Lamborghini.

In classic yacht-launching style, this vessel received a big ol’ ceremony to herald in the new family member. Taking place at The Italian Sea Group headquarters, everyone that spent endless hours designing and bringing this yacht to reality was there.

There’s only one thing missing from this entire story, who is the owner? Whoever he or she may be, they are among some of the more fortunate bunch. One thing is known, a future owner of a Tecnomar Lamborghini 63 is MMA champ Conor McGregor.

Maybe this first vessel doesn’t have an owner, even though a custom paint job is visible and is meant to end up in some museum as a one-of-a-kind. Fingers crossed that all 63 of them will be made, as that way, I stand a chance of owning one myself... someday. That’s assuming I have at least $3.5 million for the most basic 63. 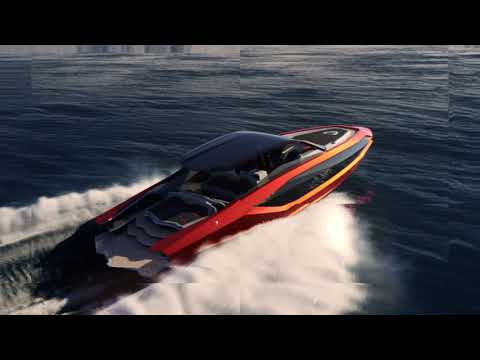 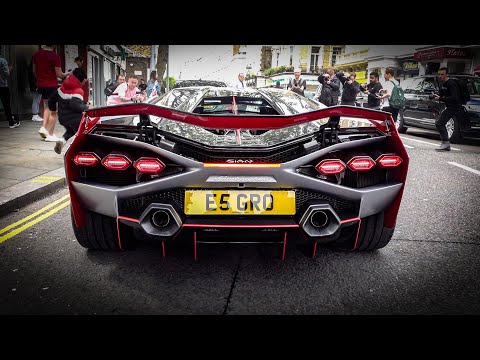