1 The Wild Side of Ducati - Episode 2: Determined to Meet Any Challenge

2 More Footage of Royal Enfield Himalayan, We Love Its Sound

5 Alexander, the Son of American Racer Malcolm Smith, Tries His Hand in the Dakar 2016
Coverstory

Florin Tibu
A new date was announced for the official launch of the Royal Enfield Himalayan. It looks like the wraps will come off this bike on February 2, as the Indian manufacturer sent out invitations to the media for the date we mentioned.
16 photos

Even more, the Himalayan page on the Royal Enfield website was updated with videos and official photos. They tell the story of how the bike was developed, first over-engineered and then revised to save weight. At the same time, we get a handful of photos, even though they only make us hope RE hired a master photographer for the final job.

Still, a full tech specs sheet is not available at the time of writing, so we'll have to make do with what we know so far. Also, the first official photos show the bike in its entirety, and are not made with low pixel count phones, so we can assess better its aesthetic potential.
That retro headlight ruins the front end
We saw the first photos of the Himalayan's dashboard and were not exactly thrilled. Royal Enfield went for a mixture of old and new, for reasons that elude us. The new bike wants to represent a firm step in the new RE era, but it looks like the Indian manufacturer is not ready yet for such a separation.

The dash combines the Bonnie looks with what is intended to be a modern approach to the new wave of Royal Enfield machines, but things are not quite there, not this time.

Now that we got to see the headlight of the Himalayan, we're truly disappointed. Surely, it retains the classic RE heritage, but we believe this is the exact opposite of what the Indian manufacturer should have done.

Of course, this is only our opinion, and we are sure that the Himalayan will receive a royal welcome on the Indian market, but it will have to come with an unbelievable price in case a future version (ABS, Euro 4 and more) aims at being a heartbreaker in the Western markets. 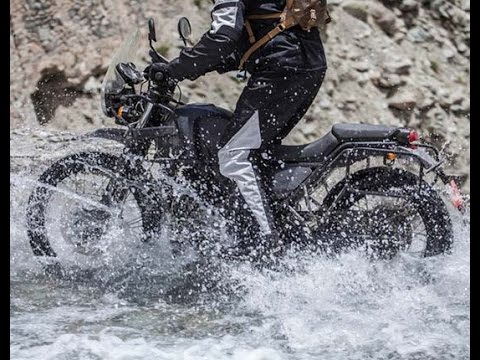 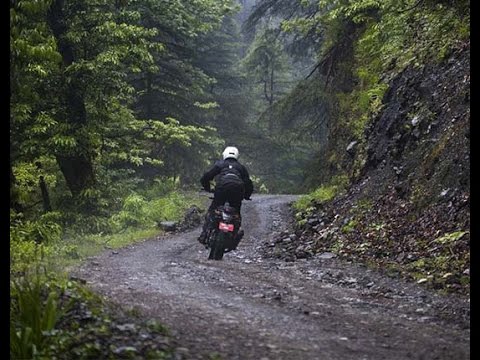