Skyborne Technologies’ weaponized UAV (unmanned aerial vehicle) Cerberus GLH received approval to perform an aerial firing demonstration in Australia. In addition to being the first of this type, as boasted by the aerial robotic manufacturer, it also proved the technology is a useful and valuable one for the defense industry.
6 photos

The Cerberus GLH is described by the company as the next-gen tactical-level aerial fire support UAS (unmanned aircraft system) and the first portable multiple-shot one on the market. It comes with VTOL (vertical take-off and landing) launch capabilities and quick-release arms, which help you easily pack and unpack the device. With this being a portable aircraft, it weighs around 22 lb (10 kg).

Skyborne’s compact UAV uses the company’s HAVOC launcher, which holds five standard NATO 40mm rounds (they can be selected and fired at will). It has a low acoustic signature and a flight time of up to 30 minutes. Cerberus offers a range of up to 3 miles (5 km) and a speed of up to 43 mph (70 kph). Setting up and launching the UAS takes under two minutes and the operator remains out of harm’s way.

The fact that Skyborne succeeded in demonstrating the firing capabilities of its Cerberus UAS is an important step for the defense tech company. Current regulations in Australia prohibit operation of a weaponized remotely piloted aircraft on private land, within civilian airspace. But under CASA (Civil Aviation Safety Authority) approvals, Skyborne was able to demonstrate the Cerberus on a rural property in Queensland, with a part of the terrain being leased by the company to be used as a testing site.

According to Skyborne CEO Michael Creagh, this is the first time that the 40mm HAVOC launcher has been fired from the air, with the trial taking on a crawl, walk, run approach. The recoil response from the Cerberus was a significant improvement compared to the company’s single-shot variant, which was demonstrated two years ago in the United States. All five rounds were fired consecutively from the chamber, with the UAS performing flawlessly. 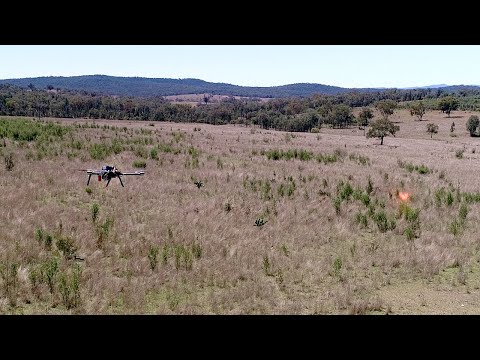 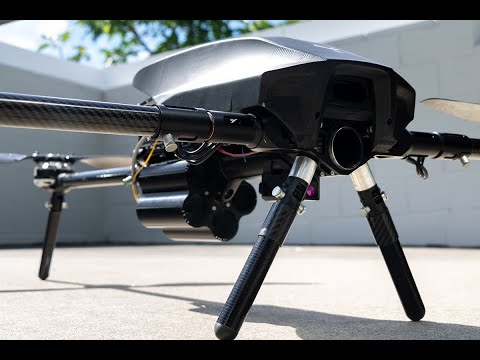