2 Everybody Use Your Goddamn Turn Signal

4 Track Time Is Certainly Fun, but Not When a Bike Flies Crashing into You

First-Person View on a Motorcycle Crash Saved by Airbag Vest

Remember the funny video we showed you in late March, with a guy testing a motorcycle airbag vest by being hit with an aluminium baseball bat? That vest was a Helite unit, and we used to laugh a bit at the fact that clubbing someone is hardly anything like what happens during a motorbike crash.
1 photo
Well, while this is entirely true, here is a Helite airbag vest put to the real-life test, during a Suzuki SV650S crash. The rider is a college student, with only one year experience in the saddle of a motorcycle. The Suzuki wasn't even his bike, as he tells; it belonged to one of his friends, but this was not the first time he rode it.

The fellow admits that his riding experience is limited and that the only one to blame is himself. He recollects doing around 70 mph (112 km/h) on that section of the road before missing a turn, running wide off the tarmac and hitting the mountain side.

Now, 70 mph is not an insane speed, but neither is it the best approach for a new rider. Hearing him say that he didn't notice that the road was downhill is yet another reason why we'd rather tell him to take it easy because one doesn't simply fail to observe that he or she is riding on a downwards road.

All in all, the Helite vest did its job quite well this time, with the rider not sustaining any broken bones or sprains. He also reports on how the collar inflated and prevented his head from bobbing and hurting his cervical vertebrae.

Even though the crash happened at a fairly high speed, the Helite airbag vest did not take too much damage and can be safely reused with a new cartridge. So now we have proof that it works for both crashes and baseball bat fights, right?

And the rider's testimony 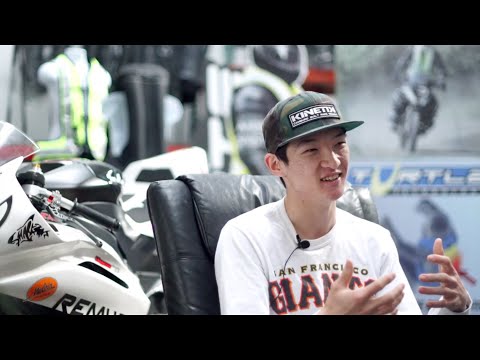 SUZUKI A 80All SUZUKI models