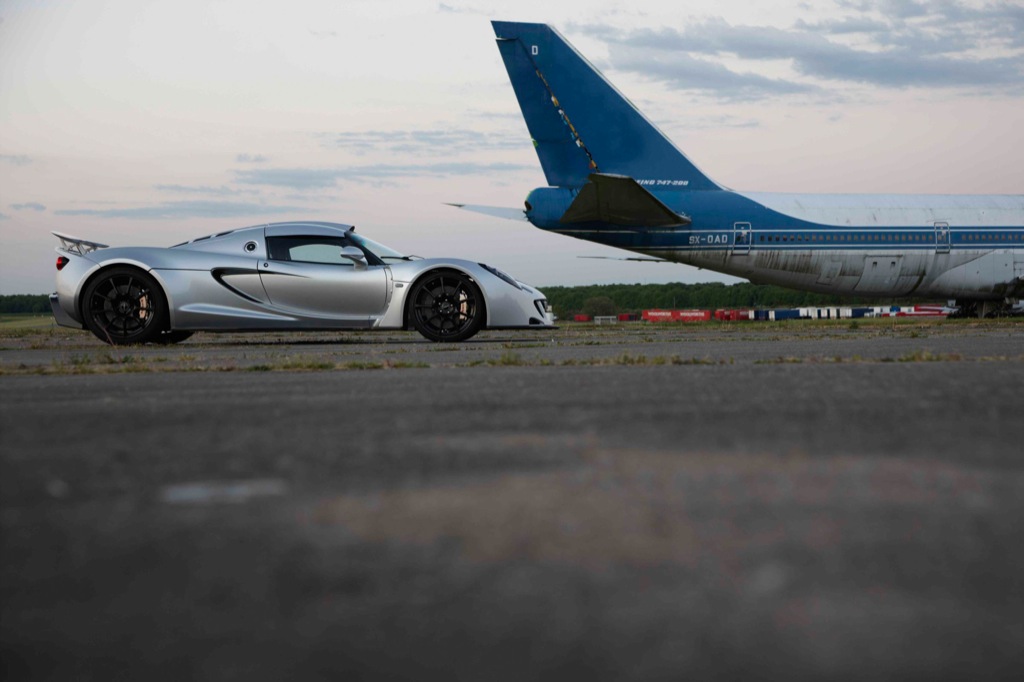 Middle East is an oasis of expensive supercars and this fact is again confirmed by the news that Chassis Number 01 Venom GT is to be delivered to its new owner by DiMora Motorcar.Hennessey Performance Engineering (HPE) announced today the first-production Venom GT not only found its buyer, but has already been delivered from the UK production facility to the brand’s Middle East distributor.

The car is powered by a twin turbocharged Chevrolet LS-series aluminum V8 producing 1,200 bhp and 1,539 Nm (1,135 lb-ft torque) mated to a 6-speed Ricardo manual transaxle (the same as found in the Ford GT).

“This is the fulfillment of a dream that I have had since I was a kid,” company founder, John Hennessey, said in a release. “But it is also just the beginning as we begin to demonstrate the performance capabilities of the Venom GT in the near future.”

Derived from the Lotus Elise model, the Venom GT received an all-new front and rear space frame and suspension and a new carbon fiber body, sporting an adjustable rear wing.

The Venom GT is powered by a supercharged 6.2-liter LS9 V8, tweaked by Hennessey to a maximum output of 725 bhp. There will also be a 1,000 bhp to go with the aforementioned 1,200 bhp twin turbo V8 engine variant. All this amount of power will be transmitted to the rear tires via a Ricardo 6-speed gearbox.

HPE has also announced some two months ago that it has plans of marketing the supercar in Europe, Russia and Australia. The company will only produce 10 vehicles each year.