2 Honda Insight Goes to the Museum

4 US Prices: Toyota Prius vs. Honda Insight
Up Next 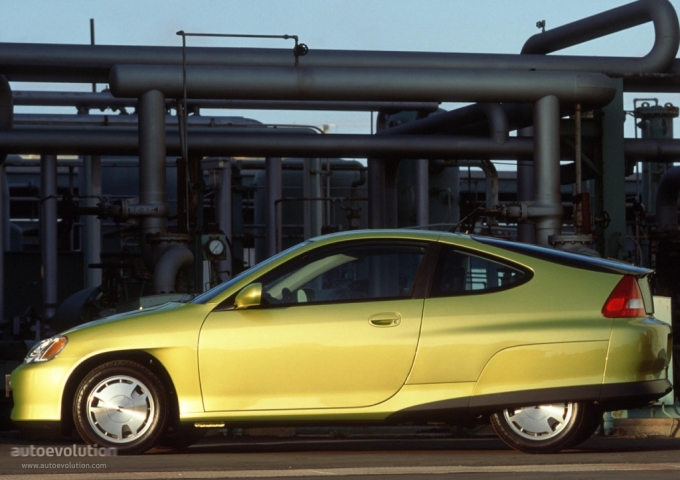 Japanese manufacturer Honda has become particularly fond of museums around the world. After in early May the new Honda Insight has become part of the daily activities of the British Science Museum, today the first generation Insight has turned into the newest attraction of the Sydney Powerhouse Museum.

The Insight is part of the museum's "EcoLogic: creating a sustainable future" exhibition. The EcoLogic "highlights how our lifestyles and industries can change to avoid damage to ecosystems and provides innovative ways to redirect our economy and society towards sustainability."

The spotlight has been given to the Insight thanks to the fact that it was the first hybrid vehicle to be sold in Australia. The car was launched in 2001, back in the days when the insight was the most fuel efficient petrol powered car. It featured Honda’s Integrated Motor Assist (IMA) petrol-electric engine that produced 2.8 litres per 100km highway cycle and 3.6 liters per 100km city cycle.

The one liter lean-burn VTEC engine was assisted by a DC brushless motor. The IMA system employed the electric unit to assist as engine load increased. When maximum acceleration was required, the electric powerplant would contribute as much as 10 kilowatts. This technology went on to be used in today's Honda Civic hybrid, the cheapest alternative vehicle on the Australian market.

The first generation Insight stayed in production in between 1999 and 2006. As is the case today, its main competitor was Toyota's Prius, who at the time had an advantage over the Insight due to the fact that the latter was a three seater.

The current generation Prius and Insight fight the same battle, only that with somewhat different results. Honda has now the upper hand, largely thanks to the fact that it offers its hybrid at a lower price than its competitor.