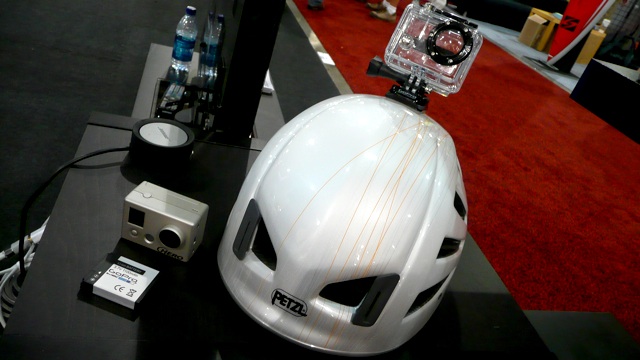 A new interesting product was announced by GoPro at the Outdoor Retailer Summer Market Show late last month. The makers of the Hero Wide line of cameras announced that the GoPro HD Wide, the world’s first full high definition 1080p helmet camera, will be released this Fall.

The helmet cam will have a battery life of approximately 2.5 hours and the battery pack is specifically designed to stay warm in cold conditions for optimal performance. The good news is that the GoPro HD Helmet Hero will have a suggested retail price of $299.

The full video specs with bitrates are listed below. However, the bitrates may change in final production version.

The helmet’s bearer can snap 5MP photos while riding, or he/she can configure the camera to automatically snap photos every 2, 5, or 10 seconds. The camera will accept up to a 32gb SDHC card, while the video compression format is H.264, a great universal format for HD video.

According to helmetcameracentral.com, there are some rumors the product will also include a few accessories, such as a wireless stereo microphone, a wireless remote, and a battery attachment for increased recording time.