2 No One Wants to Buy World’s Biggest Mega-Mansion With 50-Car Garage, The One

4 Palazzo di Vista, the $87.7 Million Mansion With Its Own NFT Art Gallery

5 World’s Biggest, Most Expensive Mega-Mansion The One Is Complete, Insane
Up Next

1970 Plymouth Superbird Can Be Your Lemon Twist Speck of Awesome, If You Dare Bid for It

Elena Gorgan
For most people, a dream home is probably larger than the property they’re currently residing at, with a white picket fence, a garage, and some space in the backyard for a family barbecue. This is not that: The One, the first and last of its kind mega-mansion and the world’s largest private residence, is about to go under the hammer.
39 photos

The One is a spectacular piece of high-end real estate, whose backstory is almost as fascinating as the fact that it exists. It is the first and last of its kind in terms of size and the amenities offered, a one-off to never be imitated or replicated on the same scale. Comparable to a five-star exclusive resort in terms of size and amenities, and pretty much everything else on-site, it is the world’s largest private residence – and perhaps the most luxurious, as well.

It could become your dream family home, if you have at least $295 million to spare. As reported a while back, The One is about to cross the auction block, with a starting price set at $295 million and at no reserve. It’s a considerable cut from the initial $500 million developer Nile Niami planned to get for it once it was completed but, then again, The One is neither complete nor does it include many of the features he initially envisioned for it.

On January 7, Concierge Auctions will list The One at no reserve, for $295 million. The auction goes live online on February 7 and ends on the 10th of the same month. It is held by Aaron Kirman of Aaron Kirman Group at Compass, star of the CNBC reality series Listing Impossible, and Branden and Rayni Williams of Williams & Williams at The Beverly Hills Estates. If you get the feeling that The One has the crème de la crème in terms of listing agents to boost chances of a finalized deal, you’re not wrong: this property, as spectacular and luxurious as it is, needs to find a buyer. It simply must.

Nile Niami, once hailed the king of mega-mansions in California, began planning for The One more than a decade ago. Perched on top of a mountain in Bel Air, it would have 360-degree views and the most incredible amenities ever offered in a private residence, including a packed mega-garage, several water features, walls of backlit aquariums with jellyfish swimming in them, a nightclub, cinema, wellness area, you name it. It would be, in short, the only one in the world, the house of the future that would provide everything its owner could ever dream of.

Like many of his other, less expensive properties, The One would come with a packed garage. A cavernous, climate-controlled space would house up to 50 vehicles, with two turntables for display purposes. It would have a wine cellar for more than 10,000 bottles, a master suite that would be an independent unit within the main building, a wellness center, its own private running track, infinity pools both indoors and outside, and valuable art.

The One, with its 105,000 square feet (9,755 square meters) of living surface spread across three floors, includes outrageous amenities like the aforementioned garage (auto gallery, more like it), a 900-person nightclub with a special floating VIP section, a separate guest house, something called a philanthropy pavilion, a putting green, a gigantic skydeck, private state-of-the-art movie theater, a bowling alley, a full-service beauty salon, and over 20 bedrooms that, ironically, offer sleeping for just nine people. The house is not completed, but it comes with art pieces by famous artists from around the world, including a rotating statue by Mike Fields, a butterfly installation by Stephen Wilson, a glass sculpture by Simone Cendese, and an Oto Murano chandelier by Vistosi.

On most counts, Niami did get to see his dream home become real, though the price he paid for it is akin to the proverbial fall from grace. Betting big on the fact that California capped the size of mega-mansions after he got approval for The One, he dreamed too big and borrowed too heavily for the project. He also defaulted on those loans, to the point where he’s now $166 million in debt and the property has gone into receivership, which means a third party will sell it so the loaners can get their money back.

In the process, one lucky billionaire will get a record-setting property with record-setting features, and a dream home. “The One is created for today's billionaire seeking a truly unrepeatable asset, and when it sells, it will be the most significant purchase in the world,” Aaron Kirman says in a statement. “The One is simply unrivaled. This property features ultra-luxury amenities beyond any buyer’s wildest dreams,” adds Agent Rayni Williams.

The One may have caused Niami a world of trouble in recent years, but its mere existence is an achievement. We’ll soon see if any billionaire wants to add said achievement to their collectibles. 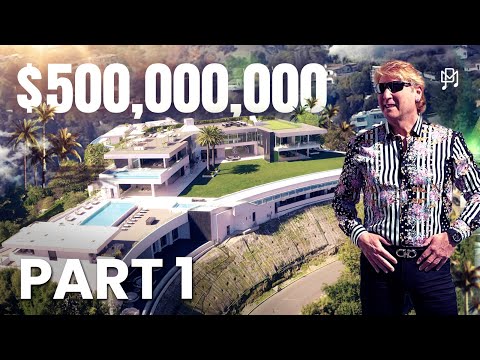 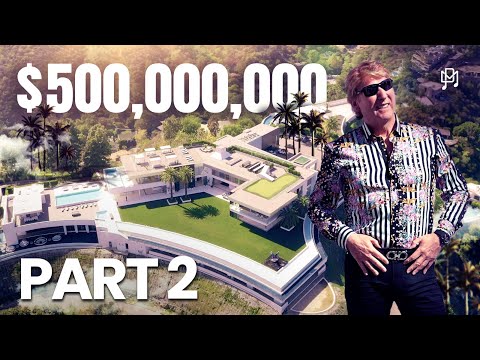