Mihnea Radu
The production version of the 4C made its official debut in Geneva yesterday. However, we're more interested in the next venue the little sportscar will be attending, most likely to be on American soil.
1 photo
The 4C is so eager to become American that it came out of the womb speaking bad English like they do in Jersey. It likes to sleep in trailers and eat burgers at diners.

Thankfully, since it's such a young, sprightly creature, it hasn't effected its beauty. Thanks to a high-carbon diet and training, it offers surprisingly low weight, just 895kg or 1,973 pounds.

For its madden videos, the Italian stallion made a trip across the pond and landed in what looks like the Arizona, carving the mountain roads. Another fresh video released by Alfa shows the 4C's customization process in a very Gran Turismo like digital feature.

Because actual deliveries won't start in Europe until September, the configurator won't be ready until the start of summer. As for the US, Alfa will skip New York and present the 4C at the Los Angeles Auto Show in November. 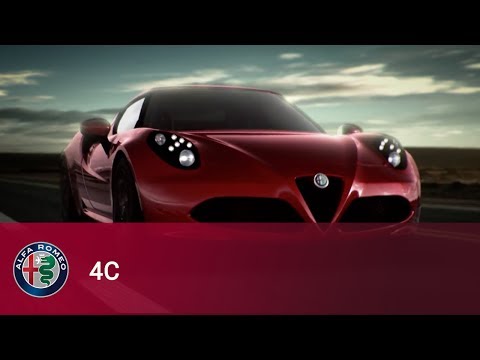