3 L.A. Gets $6 Million to Install One of the Largest EV Fleet Charging Systems in the U.S.

The achievement was celebrated a few days ago, with the event being hosted by its Board of Directors and the California Air Resources Board. AVTA recently received its 20th MCI (Motor Coach Industries) electric commuter coach and now boasts a fleet of 20 such buses, 10 GreenPower EV Star Microtransit vans, and 57 electric buses from BYD. Some of the money required for this fleet was obtained via state funding, including $28.5 million from the TIRCP (Transit and Intercity Rail Capital Program).

Switching to a completely electric fleet wasn’t a short trip to take for AVTA, with several steps being gradually taken in that direction. As stated by Marvin Crist, AVTA Chairman of the Board, the transit agency envisioned a future with a green transit system serving the citizens of Lancaster, Palmdale, and the rural northern Los Angeles County communities long before the first electric bus rolled down the streets of Antelope Valley.

In 2016, AVTA became the first transit agency to commit to a 100 percent electric fleet and voted to buy up to 85 all-electric buses from BYD. Another important milestone was reached in 2019 when AVTA achieved its first one million miles driven by its zero-emission buses.

The GreenPower EV Star electric vans were added in 2020, and last summer, the first MCI electric commuter coach was launched into service. 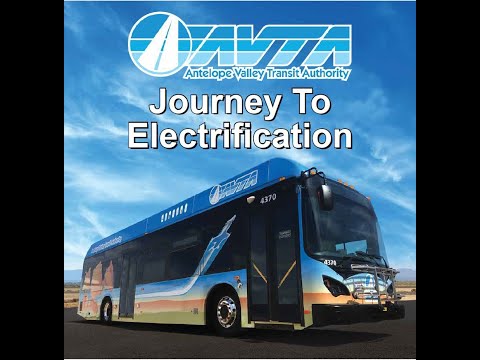