“They said yes!” This is how the insane 4-minute long video attached below begins. It's probably the most intense car-action clip we’ve seen all year.
11 photos

The words come out of Vaughn Gittin Jr.’s mouth and tell the story of how the people running the Panthera Tactical Training Facility in West Virginia agreed to have Gittin and his crew driving around the base. If you don’t know what Panthera is, well, in short, it’s the place where the U.S. Army, the Marine Corps, a bunch of SWAT teams from all over America, and all sorts of other military organizations come to practice war.

There would have been nothing spectacular about some cars driving around the 750 acres of the facility; only these guys are doing their runs while live ammunition goes off all around them. And to make sure we all get the message, the entire stunt is called Bomb Track.

The clip starts with a pair of two Ultra4 Racing 4440 Ford Broncos having their way with the tracks in a forest before they come out into the open and show what they are made of. It is only when a couple of RTR Mustangs join the fun that the action really starts to heat up.

Although the entire adventure involved four cars, there were actually just three drivers, namely Gittin himself, Chelsea DeNofa, and Loren Healy. One of them took turns driving both one of the Broncos and one of the Mustangs. That is why, from this point forward, we get to see just three machines on the ground, apparently being chased by a drone with evil intentions.

The cutscenes to the cars tracked by weaponry are needed for what comes next: massive explosions left and right, with the three vehicles seemingly running away from them.

The entire clip is simply stunning, but it has one major flaw: it seems not enough things are going kaboom and the ones that do seem to be on fire for just a few, fleeting seconds. 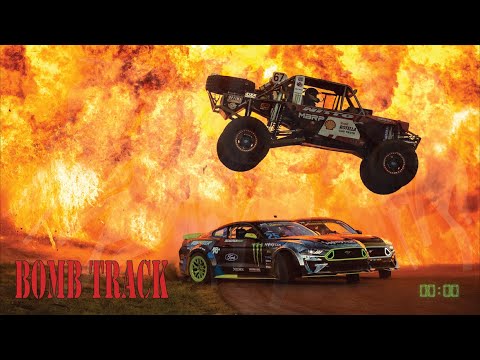