4 The Lake-Drowned 2006 Bugatti Veyron Has Been Found, Is Officially Coming Back

5 The Strange Story of the Lake-Drowned Bugatti Veyron and Its Possible Comeback
Car video reviews:
Up Next

Fire-Damaged 2019 Bugatti Chiron Could Be Most Affordable Chiron Ever

A brand new Bugatti Chiron would set you back at least $3 million, assuming you could get one. A used Chiron can sell for as much as $4 million, and this should give you an idea of just how rare they are and how much they value over time.
9 photos

This one could cost you under $400,000, but there is a major catch (of course there is!). It’s been damaged in a fire and, while the 1,500 hp powerplant in the rear is still intact and much of the interior as well, it’s been deemed a total loss. It is currently listed on Copart and is about to hit the auction block soon, with an estimate of just $345,000.

This would make it the most affordable Chiron in the history of Chirons, but also a seemingly impossible restoration job. The listing doesn’t offer too many details, except to say that it’s a 2019 model whose engine still ran at idle when it was brought in. It’s the two-tone red and black model, and presents charring on the front fender on the driver’s side, a smashed window, damaged windshield, a sooty interior, a damaged trunk, and possible water damage – and you’re to guess the level of damage to the wiring and everything else you can’t see.

If you’re in for the mother of all projects, know that you’re in for fierce competition, as well. Houston Crosta, the owner of Las Vegas’ Royalty Exotic Cars and a known Bugatti collector, is looking to buy it, as he explains in the video below. Crosta is currently restoring the famous 2006 lake-drowned Bugatti Veyron and he believes the Chiron stands a second shot at life.

According to him, the insurance company has valued it at $3.5 million and declared it a total loss, so that it will sell with a parts-only title. The parts are estimated at $1.5 million, and the title means it will never be road-legal again. Still, Crosta wants it, even though he knows it’s a dumb idea.

He also says that the Chiron was set on fire on purpose, with a Molotov cocktail. His story leads back to Dominican artist El Alfa (Emanuel Herrera Batista) who, in July this year, went live on Instagram to say his beloved Bugatti had been torched by a rival and he felt in danger. He pulled all the videos he posted within mere minutes at his attorneys’ advice, and the investigation into the arson is still underway. Previously, he’d shown off the Chiron in the video for “Caso Bugatti” – yes, he is a major Bugatti fan.

In other words, Crosta or whoever comes up with the winning bid will get not just a very cheap Bugatti, but also one with celebrity provenance and a very interesting backstory. 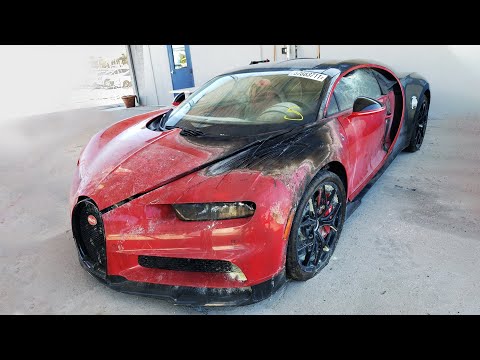 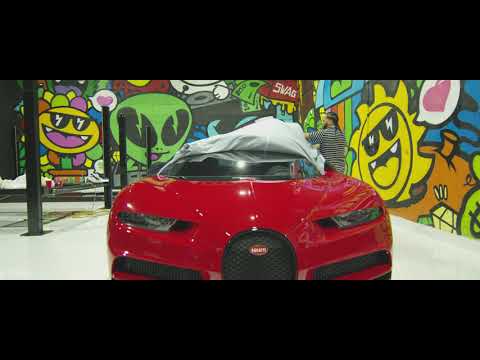