Home > News > Technology
Aurel Niculescu
A startup electric supercar maker and an established vehicle component partner for the biggest automotive OEMs out there, the little Croatian company Rimac Automobili is making the headlines once more. This time around we are not intorumors surrounding the potential sale of Bugatti, but rather we’re interested in the hard evidence part. And that involves seeing the C_Two with all internals inside-out.
62 photos

Believe it or not, Rimac Automobili is a Croatian car manufacturer that was founded just a little over a decade ago, in 2009. Its main interest has to do with the development and production of electric vehicles, as well as associated high-tech components. As such, it is hard to associate them with a potential buy of French ultra-luxury brand Bugatti.

And that would be courtesy of the latest “Inside the factory” episode posted by WELT Documentary which takes us through the entire production process of the pre-production prototypes. Meaning, we literally see with our own eyes the cars that will wrap up the development phase by the end of the year to make room for the actual series production units.

While some companies need decades to reach a workforce of 700 people, Rimac is already there, as most of its car components are not created anywhere else but in house. And that says a lot about a company capable of creating almost anything, from the carbon fiber chassis to the huge amount of wiring (electric cars!) and right down to the crash tests.

We love these behind the scenes snippets – the video makers spread out the production footage with interesting interviews taken to all the right folks, from specialists to CEO and founder Mate Rimac. Of course, the best bits have to do with the actual 150-examples limited series model appearing both static (with no camouflage) and on the move... 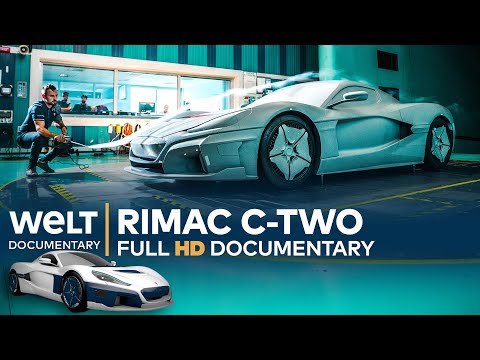