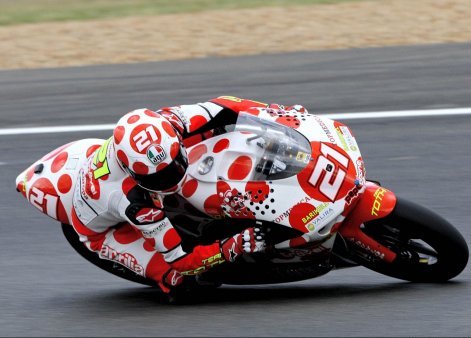 It has now become official. The 250cc class of the FIM Road Racing World Championship Grand Prix will become the Moto2 class starting 2011, as the Federation Internationale de Motocyclisme released the official rulebook for the heavily revised series earlier today.

The new Moto2 series will feature 600cc 4-stroke bikes and will serve as feeder series for the MotoGP class. The Moto2 machineries will weigh more than 10 kg less than their MotoGP counterparts, with each rider only being permitted the use of a single unit per weekend. Also, each rider will be permitted a total of 2 engines per event.

Just as before, the bike's engine must not be turbocharged or supercharged, while the piston, engine block and cylinder head will be manufactured out of aluminium alloy.

However, there is a twist in the new regulation aimed to make the competition more attractive to the fans and equalize performances down the field. A rider will be allowed to buy an engine used by any of his competitors after the race will be finished – following a written request to the Race Direction within 60 minutes from the end of a race – for the price of €20,000.

The outfit that is to sell the power plant to the requesting team is forced to do so as soon as the 60-minute protest period ends, otherwise will face severe penalties from the FIM (risking to be disqualified for the race).

Also, carbon fibre will not be accepted for the manufacturing of the brake discs and pads, as the FIM will only allow steel & iron-based components to be used for valve springs, camshafts, crankshafts, connecting rods, piston pins and brake discs.