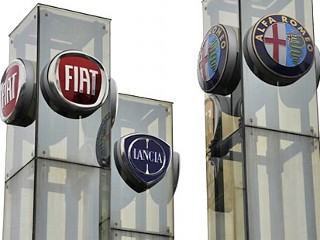 Although Fiat is currently involved in the US expansion, together with its new ally Chrysler, the Italian manufacturer is also very focused on its domestic operations and recently presented its future plans for the local operations. In short terms, Fiat hopes to increase Italian production to 1 million units by 2012 but company CEO Sergio Marchionne admitted that he might need government support.

The government reacted in a positive manner and, even if local officials have not provided too many details, they hinted that Fiat might indeed receive support for its optimistic expansion plans.

"We appreciate Fiat's intention ... to increase Italian production by 50 percent, as the government has requested," Industry Minister Claudio Scajola stated.

At this time, Fiat is building 650,000 cars per year in Italy and owns five plants. Its local workforce totals 22,000 employees, according to official figures published by Reuters.

One of the moves that would support increasing Italian production is bringing the Panda in a local plant from Poland.

"Building the future Panda at Pomigliano would guarantee very high volumes ... (but) you are talking about a radical intervention which would require huge resources," Marchionne said.

Specifically, Fiat's Mirafiori plant in Turin will cut production of Punto and Multipla but will instead add production of Fiat LO 5 seater, Fiat LO 7 seater and reorganize the factory to establish a new production line. The Termini Imerese plant in Palermo will end car production in December, 2011.

On the other hand, the Giambattista Vico facility will introduce Panda production but will also establish a temporary layoff scheme to reduce costs. Still, it will need investments of up to 40 million euros for retraining.

Last but not least, the Melfi, Potenza plant will continue to produce both the Grande Punto and the Punto Evo but will slowly migrate towards the latter and the newer model. The new Alfa Giulietta will be produced in Cassino, Frosinone.