5 Fiat 500 Sells Better Outside Italy than Inside
Up Next 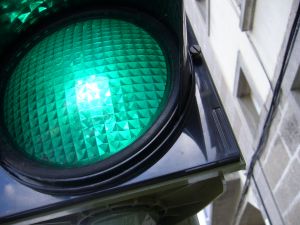 Things are going in the right direction for Fiat and Chrysler, the two manufacturers who agreed to form a strategic partnership in early 2009. The European Commission yesterday approval the deal between the two companies, saying that such a partnership would not affect competition on the Old Continent. According to a report by Reuters, the antitrust regulators decided, after a close look at the deal, that it would not influence the competitive structure of markets for the manufacture and supply of cars.

"The Commission's examination of the transaction showed that the horizontal overlaps between the activities of Chrysler and Fiat are limited," the European Commission said in a statement for the press when announcing the decision. "As Chrysler is not present on the upstream markets concerned, the transaction would not strengthen the market position of the merged entity or the extent of its vertical integration," it added.

Fiat hasn’t issued a comment on the matter at this point.

As part of the deal, the Italian manufacturer will hold a 20 percent stake in Chrysler which is going to be increase to more than 50 percent once the American automaker repays its debts to the US government.

Through the agreement, Fiat will bring multiple models in the United States, with 99 percent of them to be sold as Chrysler. Fiat 500 is the only model to reach the States as a Fiat, with the official launch projected to the take place sometimes in 2011. Chrysler on the other hand will benefit from Fiat’s small displacement and fuel efficient models which are expected to support the company’s revival in the United States.