3 Briatore: "Cheap Teams Have No Place in F1"

5 FOTA Push for FIA Consultations
Up Next

Teen Jumps Pool with Mustang and Lands into Home

FIA-FOTA Meeting Kicks Off in London 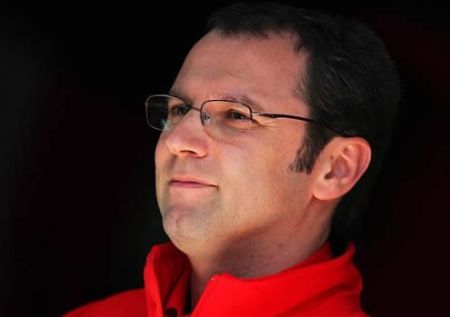 Although he spoke loud and clear about his company's intention to quit the sport if the FIA does not revise its two-tier regulations for the 2010 season, Ferrari's CEO Luca di Montezemolo is not present at the London's Heathrow airport hotel conference rooms. As reported by GMM news agency, it seems the reason why “the 61-year-old remained in Italy (was) due to the death of his father”.

Instead, Ferrari's team principal Stefano Domenicali is attending the meeting on behalf of the prancing horse, alongside FOTA chairman John Howett. What the aforementioned parties will discuss in London will be a way in which a compromise can be reached regarding the voluntary 40M budget cap imposed by the ruling body for the 2010 season.

As stated by the FIA rules, the voluntary budget limiting will bring along with it a series of technical freedoms for the teams applying to the 40M cap. In other words, some teams will be allowed to develop their cars more than others, which will create a two formula series in the sport.

Following those set of rules – made public by the World Motor Sport Council in late April – several car makers have announced they'll revise their F1 programmes, with Ferrari making the headlines. Renault, Toyota and BMW soon followed, while Mercedes have decided to hold that decision for the time being (although their position seems more of a returning the favor to the FIA for their “rewarding” penalty in the lie-gate).

A final decision on the matter will be announced by the FIA later today, with the full arguments on it expected to be issued early on Saturday.