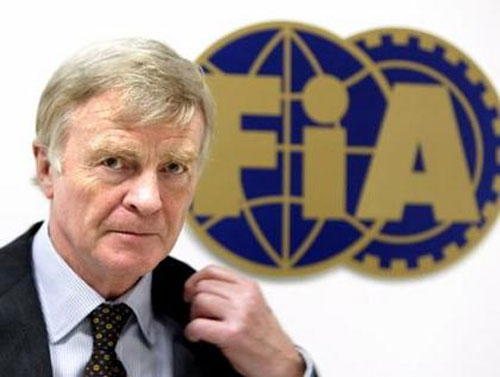 The International Automobile Federation (FIA) have accused the Formula One Teams Association (FOTA) for deliberately trying to cause the failure of the budget cap negotiations ahead of the latest-imposed deadline on June 19. According to a press release by the governing body, it seems the two organizations had reached a constructive agreement last week, only the FOTA representatives failed to act on it in the following days.

“The FIA believed it had participated in a very constructive meeting with a large measure of agreement. The FIA was therefore astonished to learn that certain FOTA members not present at the meeting have falsely claimed that nothing was agreed and that the meeting had been a waste of time,” said the FIA statement this morning.

“There is clearly an element in FOTA which is determined to prevent any agreement being reached regardless of the damage this may cause to the sport,” added the official document.

The FIA argued that it has reached an agreement with the members present at the aforementioned meeting on grounds of lengthening the availability of the 1998 Concorde Agreement until 2014, cutting costs in Formula One and offering assistance to the 2010 new entries.

“Agreement was reached on technical regulations for 2010 which offered assistance for new teams from the currently competing teams in several key areas. It was also agreed that the objectives of FOTA and the FIA on cost reduction were now very close and that financial experts from both sides should meet at the earliest opportunity to finalize the details.”

“It was proposed by the FIA that any perceived governance and stability issues could best be eliminated by extending the 1998 Concorde Agreement until 2014 thus avoiding lengthy negotiations for a new agreement. This was well received by those present who undertook to report the suggestion to the other FOTA members,” added the statement.