4 If Owning Ferrari's F8 Is Out of Reach, Perhaps Its 1/8 Version Will Do the Trick

Ferrari SP48 Unica Officially Unveiled, It's a One-Off in a Crazy Shade

Coincidence? No, as this is the latest addition to the One-Off series, which is as “limited edition” as it gets. Regardless of the price of this vehicle, it is now worth more than it cost to buy, because it is a one-off made by Ferrari. It is not for sale, as its customer has waited quite a bit of time for it, but it can be considered an investment.

Just like the rumor mill announced last summer, the SP48 Unica has the same twin-turbo V8 as the F8 Tributo. Even Ferrari shares parts between its cars from time to time, and we would not mind sharing that V8 on our next vehicle if the Universe would allow it. But we digress, and we should not, as there is a new Ferrari in town.

No official specifications have been released, but it should be close to the F8 Tributo from all points of view. Ferrari has neither confirmed nor denied this possibility, so take that guess with a grain of salt.

Unlike other models, this example was painted in an iridescent reddish-orange shade, which is matched by its interior. Without the rear screen of the F8 Tributo, the SP48 Unica shares its technical identity on the inside, although it comes with black laser perforated Alcántara on the seats and most of the trim, as well as a contrasting color fabric that matches the exterior.

The side sill covers are polished to perfection and show a laser-embossed hexagonal motif, while the interior design is completed with matte carbon-fiber elements, as well as "Grigio Canna di Fucile" accents. Yes, the latter is a shade of gray, a rather dark one from what we can distinguish in the official video.

Sadly, Ferrari has not even specified the country where this vehicle will go, so it will be up to the people of the internet to spot this vehicle as it is transported to its future home. In the official video published by Ferrari on its website, the vehicle is seen with orange front side marker lights, so we are going to place our bets on it reaching American soil.

Its design is striking, to say the least, but we like it despite being somewhat different from what Ferrari has accustomed us to, which is not necessarily a bad thing. The most important part of this is that the vehicle was made to look as its customer asked, so if you did not buy it, by any chance, it does not matter if you like it or not, as it was not for you.

Since it is a one-off, it will depend on its owner if it ever gets to see the light of day on public roads or if it will be stored in a private museum until it is ready to be sold again in a couple of years.

So, yes, if you see a Ferrari SP48 Unica, or THE SP48 Unica, as there is only one in this world, do not hesitate to snap a couple of pictures of it if you can do so safely.

In other words, if it is lined with guards, or you are driving when you see it on a flatbed (not likely, but you never know), be sure it is safe for you to photograph it before attempting to do so. From there, you can find our tips line, and you know what to do next. 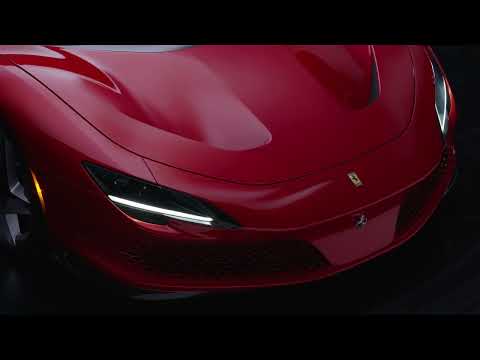