3 Mosley: Standard Engine Is the Right Path
Car video reviews:
Up Next

Ferrari Likely to Start 2009 without KERS 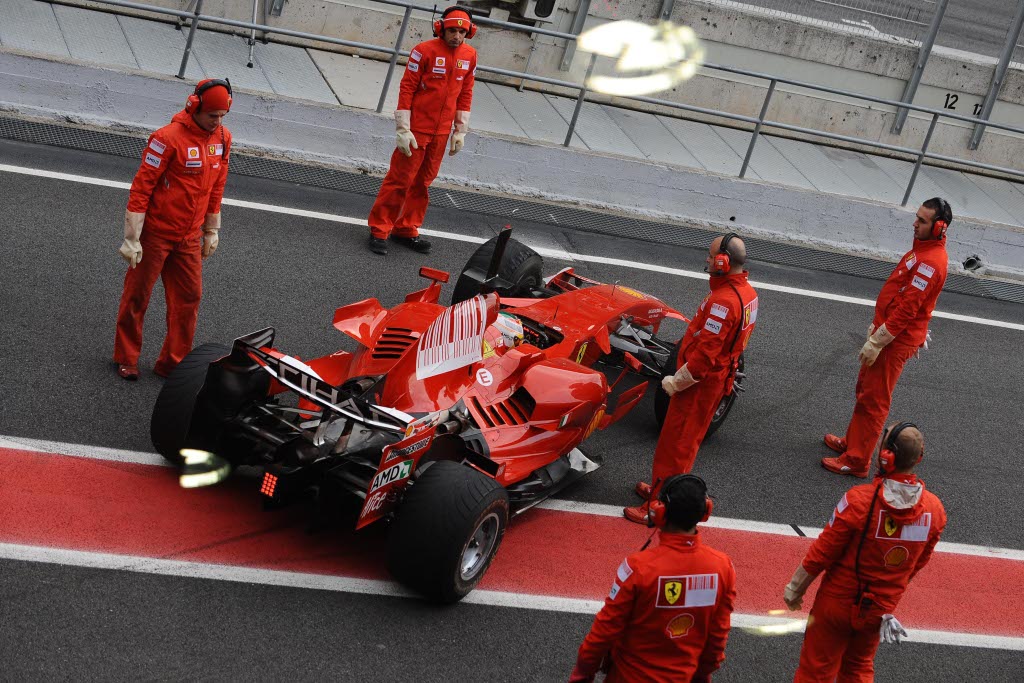 Ferrari are very likely to start next season without their kinetic energy recovery system unit. Although not a secret to anyone, Ferrari playing catch-up in terms of KERS development has become official following Luca Colajanni's – Ferrari spokesman – statement earlier this week.

“We will begin testing KERS with our new car,' said Colajanni, according to Germany's Auto Motor und Sport. And, with the new car hitting the track as early as 2009, there is no possibility of the Scuderia testing their KERS unit at Jerez or the upcoming Algarve track later this month.

Ferrari's technical director Aldo Costa has previously revealed that his team was late on developing the KERS unit and concentrated most of their efforts to securing the 2008 manufacturers' title. That was reason enough for the Scuderia to ask for a delay in introducing the new technology in 2009. However, the Maranello team was slammed by FIA president Max Mosley for not being able to keep the peace with the new technological challenges of the sport.

“Some manufacturers have risen to this challenge, one manufacturer has produced electric systems which will astonish people when they appear, another team is working on a completely new technology which will also astonish people. But some leading teams, such as Ferrari, have said that they don't like KERS because it is 'too complicated'.”

“Could you imagine the great F1 engineers like Chapman or Duckworth saying 'I can't do that because it is too complicated'? It is a symptom of a disease in F1 where incremental change becomes the whole object of the exercise and real serious innovation plays no part,” stated Mosley ahead of meeting the FOTA representatives in Monaco later today.

Ferrari's testing sessions at Jerez and Algarve will focus more on running several setups and long-distance configurations (for the engine).